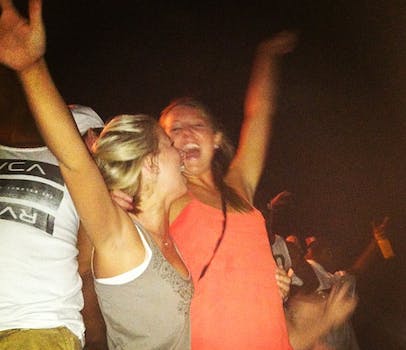 If you want to throw a party that ends in riots, violence, and police shooting rubber bullets into the crowd, advertise it on Facebook.

If you want to throw a party that ends in riots, violence, and police shooting rubber bullets into the crowd, you might want to advertise for it on Facebook.

A block party organized by anonymous posters to the CSU (Colorado State University) Confessions Facebook page brought more than 1,000 people and a few of Fort Collins’s finest together for what started as a sizable college gathering and ended with some legitimately bonkers rioting.

Police were forced to descend upon the scene—a BYOB party where the only rules were that attendees “be respectful, rage, have fun, and pee where nobody can see”—after the popular Facebook page promoting the event brought more people to the party than the Fort Collins street could simply hold.

“I think it was everybody’s goal to go big,” one party-goer, Mason Coggins, told CBS News. “[CSU Confessions] wanted to be on the news and for it to be a big deal.”

People had been using the CSU Confessions page to advertise the party for weeks, so much so that the page’s administrators had to jump in and absolve themselves of any responsibility. A since-deleted event page was created; 530 people immediately signed up. Within a few hours, there were over 1,000.

It was actually so packed that a few of the page’s administrators couldn’t even get in.

No arrests were made that night, but police have made it clear that they’re reviewing YouTube footage and other information that may be available on the Web—including, quite possibly, announcements made on the often vulgar CSU Confessions page—and will use that information against any potential rioters or aggressors who need to be detained.