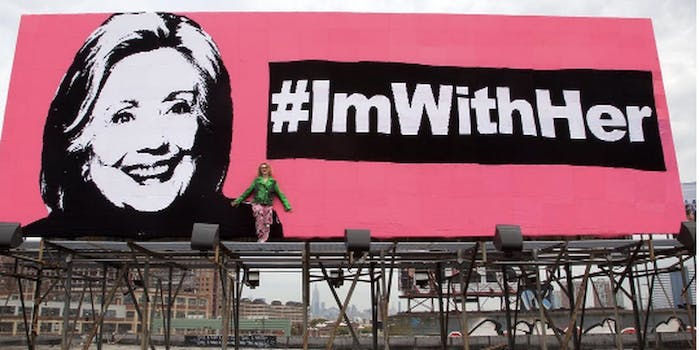 Artistic political statements are often made loudly, or rather obnoxiously, like the naked, flabby Trump statues that popped up in various cities this summer. But Polish-American artist Olek’s latest piece it a little more subtle.

At first glance, the 16-by-46-foot billboard, which was unveiled alongside a New Jersey highway this weekend, looks like a fairly standard Hillary Clinton ad with her headshot and the #ImWithHer hashtag. The catch? The entire thing was crocheted.