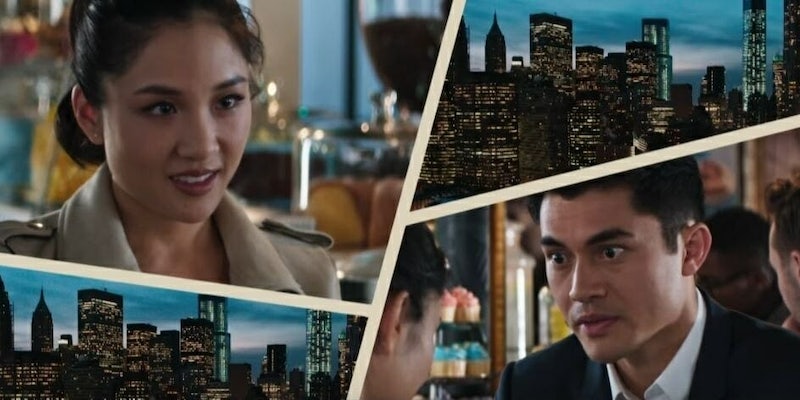 This ‘Crazy Rich Asians’ Twitter thread has the internet sobbing

Here's why the film means so much to this writer.

The Crazy Rich Asians movie has wowed the Hollywood establishment with its 92 percent rating on Rotten Tomatoes and with its expected box-office riches.

It’s also had quite an impact on Asian writers. The Daily Dot’s Kristina Nguyen wrote about the sense of relief she felt when “a movie that you’re rooting for, that means so much to the Asian American community, sticks the landing,” and the movie’s director Jon Chu has talked about how it took him a long time to “explore my cultural identity … because it was such a sensitive part of my heart and my soul.”

On Friday night, Kimberly Yam—the Asian Voices editor for the Huffington Post—posted a Twitter thread in which she explained why the film meant so much to her.

She takes readers on a journey from when she was in third grade and was made to feel ashamed to be Chinese to today when, 17 years later, Crazy Rich Asians gave her a sense of pride about her heritage. And her Twitter thread had the internet in tears.

You’re 8 years old.
Your 3rd grade class orders chinese food & your father delivers it. You are so excited to see your pops in school. He’s your hero. But apparently other kids don’t think he’s so cool. They laugh at him and mimic his accent. You don’t want to be Chinese anymore. pic.twitter.com/6vW9DXZK6x

You’re 9 years old.
You attend ballet camp. Someone tells you that another girl *hates* you. She thinks your eyes are an “ugly shape.” You don’t have the vocabulary to describe why that’s hurtful. But now, you hate your distinctly Asian face. You don’t want to be Chinese anymore.

You’re 16 years old.
It’s Halloween & 2 students come to class dressed as “Asian tourists.” They’ve taped their eyes back, strapped cameras around their necks and chucked up peace signs. You feel uncomfortable. When a teacher asks if you find the costumes offensive, you say no.

You’re 17 years old.
You’re off to college & you meet other Asians. They have pride that you never had. You meet a boy & he wonders why you don’t speak your family’s tongue. Why your favorite food is grilled cheese, not xiao long bao. You say your family doesn’t live that way.

But you know you rejected your culture a long time ago. You know you refused to speak Chinese & you remember calling your mother’s food “disgusting.” It’s fucked. It clicks. It’s a race to reclaim everything you’ve hated about yourself. For the 1st time, you want to be Chinese.

You’re 20 years old.
You’ve spent the past several years repatriating yourself. You get your family’s name inked into your skin. That character is there forever. You won’t let anyone make you feel the way you did all those years ago. You love being Chinese.

You’re 25 years old.
You see a movie with an all-asian cast at a screening and for some reason you’re crying and you can’t stop. You’ve never seen a cast like this in Hollywood. Everyone is beautiful.
You’re so happy you’re Chinese. #CrazyRichAsians #RepresentationMatters

I'm so sorry to have been a part of the culture that made you hate being Chinese. And I'm crying tears of joy to see your pride and happiness. Peace.

I respect your tears. When I first saw Mr and Mrs Willis on The Jefferson's I was in awe. It was the first time I saw a family like mine represented on tv. It wasn't easy being biracial but it was meaningful to see it. What I got from that show has stayed w me my whole life.

I don’t know if you will see this but a group of us black women and men, also a group of Latina women made a plan to go see the movie as a group.

We have your back too.

We understand we are in this fight for representation. We are here to help send a message to Hollywood.

That kind of Twitter confession likely would mean plenty to Constance Wu, who stars in the movie and who shared her feelings about what the film meant to her.

She said she never dreamed she’d get to star in a studio film, because “I had never seen that happen to somebody who looks like me.” She also credited Chu with giving her inspiration with his suggestion that “this is more than a movie, it’s a movement.”

As Wu wrote in a recent letter, “I hope Asian American kids watch CRA and realize that they can be the heroes of their own stories.” Or, in the case of Yam, give them a reason to be proud of who they are and where they came from.