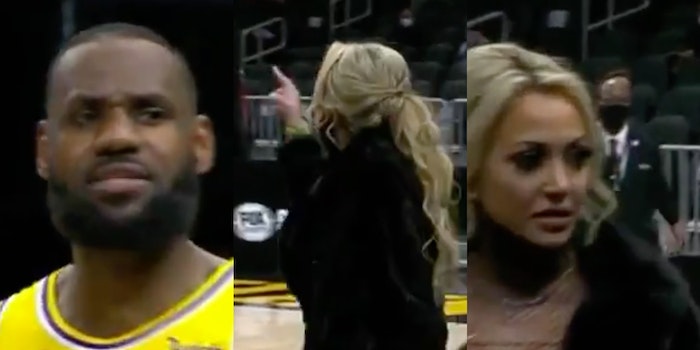 'Get the f*ck out of here. Don't f*cking talk to my husband like that.'

Do you know who else can’t get away from Karens? LeBron James. On Monday night, the Los Angeles Lakers superstar got a “courtside Karen” and three other fans ejected during a matchup with the hometown Atlanta Hawks following a verbal dispute.