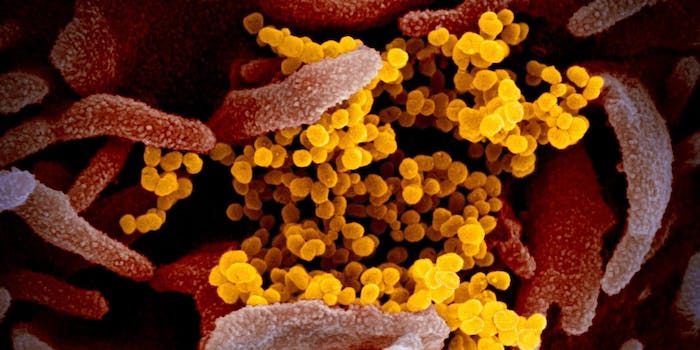 'This is all incredibly frustrating.'

A woman’s tweetstorm about trying to get tested for the novel coronavirus exposes a concerning lack of health officials’ preparedness for the disease that has already claimed six lives in the U.S.

Emily Bush, who goes by @into_the_brush on Twitter, on Monday shared what happened when she tried to get tested for the disease in Seattle, Washington—the first U.S. state to report coronavirus-related deaths.

In her thread, Bush wrote that she works at a physical therapy clinic where many of her clients are 65 or older. She said she has all symptoms of COVID-19 and a history of chronic bronchitis.

She wanted to get tested especially because of her contact with her clients. Reports say senior citizens are especially at risk, and two people who died last week from coronavirus were residents of a nursing home in Seattle.

But Bush said when she called the coronavirus hotline, she was kept on hold for 40 minutes. She then turned to the websites for the Centers for Disease Control and Prevention (CDC) and Washington state public health.

“They told me to see a primary care doctor, but there’s no information about testing,” Bush said.

Next, Bush called hospitals but was told they didn’t have tests. She was transferred to the COVID hotline—the same one she had to give up on earlier. This time she got through, she guessed, because she was transferred from a medical institution.

Then came the most horrifying part: Even though she was exhibiting symptoms and has a history of bronchitis, she was told she wouldn’t qualify for testing because she hadn’t been out of the country or been in contact with someone who tested positive.

“The only way I can get treated is if my symptoms get so bad I develop pneumonia or bronchitis, which is very likely in my case,” Bush said. “Then I’ll be in the ER and quarantined for several days while waiting for a test and for the results to come back.”

“This is all incredibly frustrating because I am trying to do everything right in a system that punishes moments of ‘weakness’ like taking days off,” she wrote. “It’s also scary to know that I won’t be able to get help until I need life support.”

Bush did not immediately respond to the Daily Dot’s request for comments. But as her horror story went viral, others shared their own experiences with the healthcare system.

A user who identified themselves as a medical provider at a psychiatric ward near Seattle said trying to get a patient tested was “like WW3″—and the patient was ultimately sent back untested.

Others shared their own experience trying and failing to get tests for COVID-19.

And many said the story proved the need for universal healthcare.

Bush’s account comes amid heightened panic about the coronavirus. In addition to nine coronavirus-related deaths in Washington, there are two confirmed cases in New York and 50 cases in California.

Journalist Judd Legum on Monday reported that the CDC is no longer sharing the number of Americans tested for coronavirus.

The Daily Dot has reached out to the CDC.