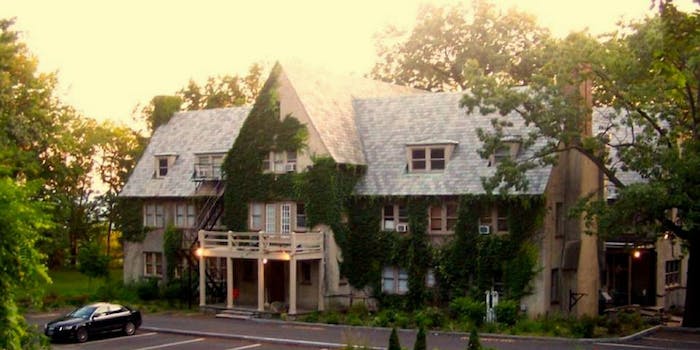 A Cornell University fraternity is on a two-year probation after hosting a “pig roast” contest in which new members were encouraged to have sex with as many women as possible without telling them about the competition. A tie between members would be decided by whoever had sex with the heaviest woman.

According to the Cornell Daily Sun, a report conducted by Cornell’s fraternity and sorority review board revealed that Zeta Beta Tau’s demeaning and fat-shaming contest happened sometime in 2017, but did not disclose participating members nor the length of the competition. Zeta Beta Tau members were informed of the contest in December prior to a review board hearing.

In a statement, Zeta Beta Tau leadership said they were “shocked and appalled” to be made aware of the contest and that the “pig roast” wasn’t a chapter-sanctioned activity.

The statement, which has also been posted to the fraternity’s Facebook page, validated “hurt or victimized” feelings of affected people who were degraded or objectified by this experience, but stopped short of offering a legitimate apology.

“The allegations described are contrary to the values that Zeta Beta Tau Fraternity espouses and works in direct conflict with the beliefs and mission of the Kappa Chapter. Our chapter has worked closely with the Zeta Beta Tau International Headquarters to draft and execute an action plan that addresses this alleged behavior,” the statement read.

In response to the allegations detailed yesterday in the Cornell Daily Sun, the brothers of the Kappa Chapter of Zeta…

As a result of the investigation, Zeta Beta Tau said it’s working to identify and expel the men involved in the contest, will be attending workshops, and is hiring a fraternity advisor.