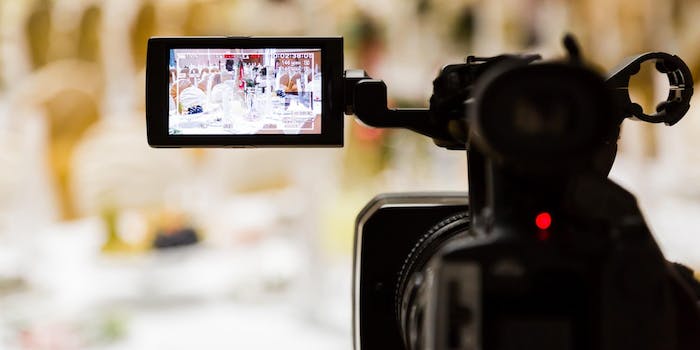 'We hope you sob and cry all day for what would have been your wedding day.'

A man asked a wedding company for a refund after his fiancée died. The company mocked him on Facebook on his would-be wedding day.

In November 2019, Montney and his fiancée, Alexis-Athena Wyatt, signed a contract with Copper Stallion Media, a wedding videography company in Dallas, Texas, according to BuzzFeed News. Shortly after Wyatt died in a car crash in early February, Montney contacted the company and asked it for a refund of the $1,800 upfront fee.

After not hearing back from the company for three months, Montney went to his local news station, KRDO. Montney told the station that while he understood the fee is non-refundable, he thought the company would consider the circumstances surrounding his request.

Montney also told KRDO that after he left a negative review for the company on TheKnot.com, Copper Stallion Media threatened to sue him.

After the story was published, Copper Stallion Media mocked Montney via Facebook on the day of his would-be wedding, May 23.

“After what Justin pulled with the media stunt to try and shake us down for a refund, we hope you sob and cry all day for what would have been your wedding day,” the post read. “Sorry, not sorry.”

The company’s Facebook page is no longer available. Neither Montney nor Copper Stallion Media responded to the Daily Dot’s requests for comment.

To retaliate for what it is calling a “smear campaign,” Copper Stallion Media purchased JustinMontney.com and said it was using the site to build a case against Montney. The website’s content has since been taken down and replaced with a YouTube video of the song “A Perfect Circle – Disillusioned (Lyrics).” The original content is still viewable through web archives.

The company originally said on the site it will not refund Montney because the videographers who were assigned to the wedding will lose income, and non-refundable deposits are standard in the industry.

“Life is a bitch, Justin,” the company wrote.

In an email correspondence published to the website, Montney told the company that “all the other arrangements were understanding durring this tragitity.”

The website said after the KRDO story was published, it received multiple one-star reviews on TheKnot and Yelp.

According to multiple social media posts, the company also reportedly changed its name on Yelp to “Justin Montney.” As of publication, the name has been changed back to “Copper Stallion Media” and has no reviews. The page also has an “Unusual Activity Alert” note from Yelp, and users cannot add a new review to the page.

In what appears to be an additional post from May 23, Copper Stallion Media said its manager, Allison Davis, died by suicide due to the “online smear campaign” started by Montney.

Some users on Twitter are saying Davis actually died by suicide two years ago, and an additional screenshot from Twitter user @FredInTheKnud suggests the post was made two years ago. The Daily Dot was unable to confirm someone named Allison Davis worked for the company or find any records for Davis’ death.

According to ABC Denver 7, a man named Jesse Clark was affiliated with the ownership of Copper Stallion Media. In 2013, the Telegram reported Clark was accused of scamming over 90 couples into paying for wedding videos they never received.