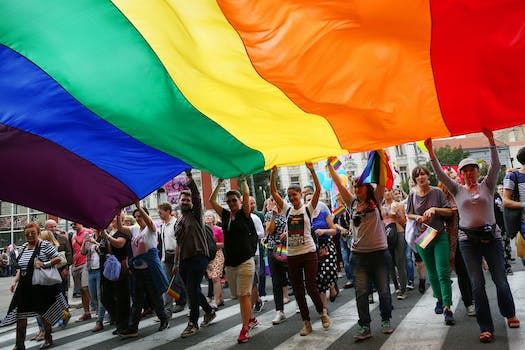 A bill passed in the state assembly to ban any attempt to 'cure' queerness.

Ten states currently have laws on the books prohibiting conversion therapy for LGBTQ minors, including the District of Columbia. But to date, none have passed legislation which also prohibits queer and trans adults from being subjected to the discredited practice.

California may be the first to change that.

The California Assembly passed a bill on Thursday banning orientation change efforts on people over the age of 18. Under Assembly Bill 2943, any attempt to “cure” the gender identity or sexual orientation of am LGBTQ individual of any age would henceforth be classified as consumer fraud. An estimated 600,000 Americans—both youth and adults—are survivors of the practice.

“Existing law authorizes any consumer who suffers damages as a result of these unlawful practices to bring an action against that person to recover damages, among other things,” reads AB 2943.

The unprecedented legislation received wide bipartisan support in California’s lower house—passing by a 50 to 14 vote.

Nearly every leading public health organization in the U.S., including the American Medical Association and American Psychiatric Association, has condemned conversion therapy as dangerous and ineffective at its stated goal.

Calling the practice “harmful” and “unnecessary,” Assemblymember Evan Low (D-Campbell) testified about being a gay teenager struggling with his sexuality. At the nadir of his depression, Low said he sought out conversion therapy as a potential option to ease his suffering.

Critics voiced concerns that AB 2943 would infringe on religious freedom. Assemblywoman Susan Eggman (D-Stockton) clarified that the bill wouldn’t stop religious organizations from “[trying] to pray the gay away,” but would prevent them from claiming prayer had the ability to convert someone to heterosexuality.

“This is fraudulent,” Eggman said. “It should not be occurring.”

Equality California, who co-sponsored the bill along with the youth advocacy group The Trevor Project, applauded the legislature for taking decisive action against conversion therapy.

“California legislators sent a clear, bipartisan message to the LGBTQ community across our state and around the world: ‘You belong,’” said Equality California Executive Director Rick Zbur in a press release. “We look forward to the day when all LGBTQ Californians are protected from these dangerous, fraudulent practices.”

Zbur claimed “there’s no place for [conversion therapy] in the State of California.”

The Human Rights Campaign urged the state to continue following in the footsteps of Connecticut and Illinois, which have already banned orientation change efforts under consumer protection laws.

“Today, California legislators rightfully declared that so-called ‘conversion therapy’ is a complete sham and those who offer this deceptive and dangerous practice must be held accountable,” said HRC National Field Director Marty Rouse in a statement. “California was the first state to protect minors from being subjected to conversion therapy by state-licensed health care providers.”

Carolyn Reyes, youth policy counsel for the National Center for Lesbian Rights, claimed in a statement that the vote represents “a major step that makes clear that California’s consumer fraud laws protect individuals from the discredited and harmful practice of conversion therapy.”

AB 2943 must clear an additional set of hurdles before becoming law, however. The legislation awaits consideration in the Senate and then must be approved by Democratic Gov. Jerry Brown, who is likely to sign it.

At the time of writing, the states of California, Connecticut, Illinois, Nevada, New Jersey, New Mexico, Oregon, Rhode Island, Vermont, and Washington have passed statewide legislation banning conversion therapy on LGBTQ minors. Hawaii and Maryland are poised to join the growing list, although their bills are likewise limited to youth under the age of 18.

Although New York is sometimes cited as prohibiting the practice, it has not.

Democratic Gov. Andrew Cuomo signed an executive order in 2016limiting conversion therapy by prohibiting companies from insuring any practitioner of orientation change, but sweeping action has stalled in the state legislature.

Note: This story has been updated to include comment from Equality California.