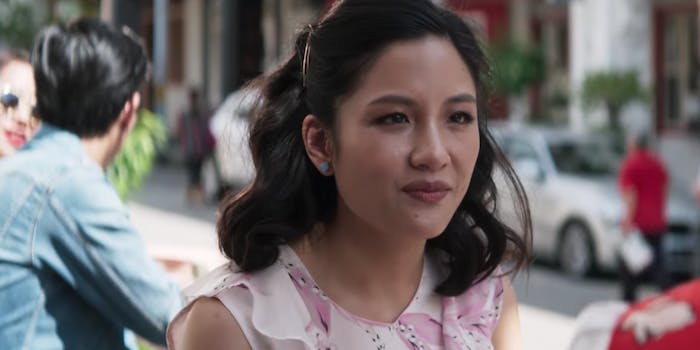 'We are building our own damn houses.'

Crazy Rich Asians hasn’t hit theaters yet, but the rom-com already means the world to its cast and crew.

Actress Constance Wu shared an open letter about the new movie on Twitter this week, and in it she outlined how significant being part of an all-Asian cast was for her.

“Before CRA, I hadn’t even done a tiny part in a studio film,” she wrote. “I never dreamed I would get to star in one… because I had never seen that happen to someone who looked like me.”

Wu went on to explain that while the movie will be the first in Hollywood in “over 25 years” to center an Asian American’s story, she’s aware that it won’t represent every Asian American’s experience. But she’s hopeful that Crazy Rich Asians will pave the way for more projects about all types of Asian American characters in the future.

She continued, “My friend Ava DuVernay says, ‘I work in an industry that really has no regard for my voice and the voice of people like me and so, what do I do? Keep knocking on that door or build your own house?’ My dear Asian American friends, we are building our own damn houses.”

People online were moved by Wu’s letter and the call for greater Asian-American representation in Hollywood.

I rarely ever go to the movie theaters (not a fan of crowds)– but this isn't just a movie, it's a much needed movement and I'll be there to support it. #CrazyRichAsians https://t.co/hvS8gPTMEo

Recently debated Asian American ad industry leaders about the value of representation: who gets the power to validate our existence? Do we "keep knocking on that door or build our own house?" I like this take from @ConstanceWu on #CrazyRichAsians https://t.co/N7mfNseIFh