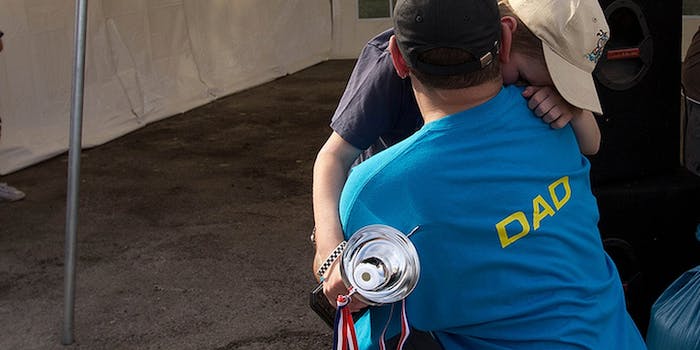 Thousands of online car enthusiasts threw a personal auto show for 11-year-old Connor Harrison, who has just weeks to live.

Five words with no mistaken identity. Scott Harrison was a man on a mission in August. The Huddersfield, England, man posted his desperate plea to the online auto forum at ScoobyNet.

“i cant believe i’m about to say this but here goes,” he wrote. “i have just been informed that my 11 year old son has around 4 weeks to live.”

He said that his son, Connor, had lived with leukemia since the time he’d turned two, and when he beat it at 10, he learned that he’d developed a cancerous brain tumor.

“They operated and removed it and we thought all was well until Friday when we were given the news [that] it had returned in 2 places and there is nothing more they can do to help,” Harrison wrote. “We are totally devastated and have to try to make the most of our time left with our little boy.”

Harrison had a plan. An owner of a Subaru dealership, he’d raised his son to be an auto enthusiast of the first degree. It didn’t matter that he couldn’t drive: Connor loved cars. He loved looking at them. He loved riding in them.

So Connor’s dad set out to throw him his own little car show, to be held at Fred Lawton’s Meltham Mills Industrial Estate Sept. 8 at 1pm.

“Everybody and every type of car is welcome,” Harrison wrote. “So please please please come if you can make it and make my little boy’s day a special one.”

Word immediately started trickling through the ScoobyNet community, with fellow auto enthusiasts offering up words of condolence and hope.

“I will be there with bells on to help put a smile on your little lad’s face,” AdeWRX offered.

“4hr drive to me however I’ll make it there,” Terminator X posted, adding that he’d bring a Porsche 911 for show.

“I’ll post it on YPCO,” stedee wrote, referencing another forum. “Sure some guys on there will come.”

Before long, news of Connor’s Day had spread clear across Europe, with information on the day getting picked up by Mini Cooper forums, BMW forums, and Reddit’s r/Subaru subreddit.

Harrison’s little car show, one that he’d hoped would bring a couple dozen cars from around the Huddersfield area, was beginning to pick up steam. The number of registrants grew to 100, then 300, then 500.

By Sept. 6, Harrison’s mother told The Huddersfield Daily that registration had seen over 800 names.

“We just wanted to get a few cars there and it developed from that,” she said. “We’re just getting a bit worried if there’ll be enough space!”

Cars started lining up on Lawton’s lot at 10:30am Saturday morning. There were souped-up Subarus and Ferraris and Lamborghinis, exotic cars with names that normal people have never heard and can’t pronounce. They came from France and Ireland and Italy and Wales.

Over 1,000 cars packed the lot in full, but that tally hardly told the total tale. When Alex Roy, reporting for popular car blog Jalopnik, showed up, he saw a stretch of cars parked alongside the entrance road that measured at roughly two miles on both sides. (“If you estimate that the average car takes up around 18 feet,” napkin noted Jalopnik’s Travis Okulski, “that means there were nearly 1,200 cars parked outside the show itself.”)

“There was a truly heartwarming amount of support from the entire car community since the thread was first posted on Scoobynet.com,” he wrote on his blog after the show. “The final turnout was quite simply overwhelming.”

Count 11-year-old Connor Harrison among the overwhelmed. On Saturday night, Scott Harrison took to ScoobyNet to recap the day’s festivities.

“Hi all, just wanted to say a massive thank you to all who came today and made my son so happy,” he wrote.

“He had a fantastic time and did not stop smiling all day! I could not have asked for a better turn out by a better group of people and I can not find the words to thank you all enough.”

Harrison and his family are already planning a second iteration of Connor’s Day in 2013. The doctors don’t believe that Connor will make it to next year’s event, but it’s a safe bet that automobile owners all across Europe will see to it that his spirit is heard every time a driver revs its engine.