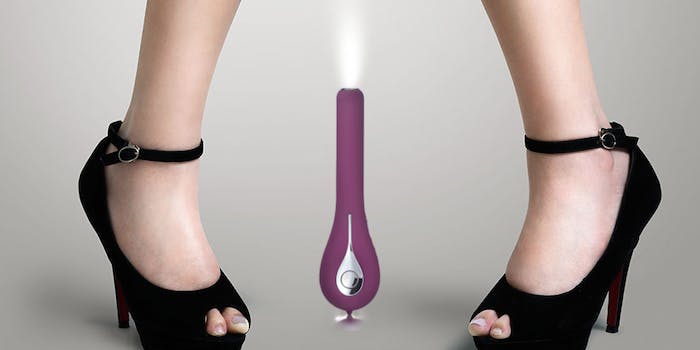 No one could have possibly predicted this would happen.

Pen Test Partners, the company that discovered this vulnerability, reached out to Svakom about this issue beginning in December, but hasn’t yet gotten a response. Pen Test advises Siime Eye owners to immediately change the password on their device from its default—or toss out the gadget and “never use it again.”

The security of Internet of Things devices is definitely one of its biggest flaws. Devices from light bulbs to refrigerators are vulnerable to being exploited, having backdoors installed, or enabling thieves to break into home. And it’s not just malicious hackers who are able to take advantage of such things. Just last month, We-Vibe, another smart sex-toy maker, was ordered to pay customers $4 million after the company was found to be collecting owners’ usage statistics without their knowledge.

When something is connected to the internet, you’re opening that device up to being hacked and tracked, no matter how well-meaning its manufacturer is. So if you prefer to keep your sexual exploits private, your best bet is to stick with an old-fashioned, “dumb,” non-connected toy.