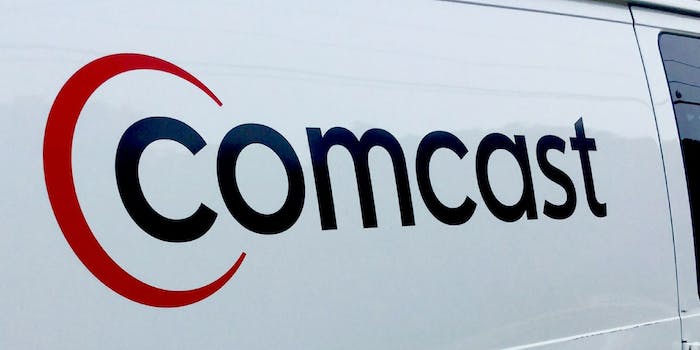 According to a report from Jezebel, the women described a culture at Comcast that allowed verbal and physical sexual harassment to “run amok.” Employees reported for harassment faced disciple in the form of reviewing training videos, but the women say such actions didn’t stop employees from openly dating each other and talking about their sex lives, and male, and some female, employees from making sexually inappropriate comments toward female employees and touching them sexually without their consent.

Women who came forward to management or HR said such entities failed to act nor protect them from retribution, sometimes telling the women to handle it themselves or “pick their own battles” for what they wanted to report. The women reporting the abuse worked at Comcast call centers in Washington, D.C., Tennessee, South Carolina, Florida, among other locations, and at different times between 20o4 and the present day.

In the case of Rylinda Rhodes, a dispatcher who transferred around and between several centers because of the harassment, she said management encouraged her to report offenders to them instead of HR, and would tell her she was being too sensitive and that “people have worked here for many years and they’re set in their ways.” She eventually took short-term disability leave twice because of months of harassment and resulting trauma that culminated in having her breasts groped and later being taunted by a male coworker. The company fired her in 2012 because Rhodes allegedly “hadn’t been approved” to take time off the second time.

A second Comcast employee that still works at the company, Laterrica Perry, told Jezebel that in May 2017 she asked her supervisor, who often made sexual comments toward her, if he would write a recommendation letter for another position at Comcast. He said he would agree to do it, Perry said, if she would date him, and then told her about sexual dreams he had of her and that he wanted to buy her lingerie.

When she anonymously reported him to HR, her supervisor found out it was her and went around the office telling people Perry was lying and trying to get him fired. While she showed HR records of his text messages and calls, his behavior went on for three months before Comcast eventually fired him. As a result, Perry is on disability leave after being diagnosed with PTSD and doesn’t think she can return because her supervisor destroyed her reputation.

In response to the statements the women gave to Jezebel, Jenni Moyer, senior director of corporate communications at Comcast, reiterated the company’s zero-tolerance harassment policy and stated that any allegation is taken seriously. The company’s anti-harassment policy covers employees and third parties, an open-door policy for reporting, and requires mandatory sexual harassment training annually.

“I should be able to work and not have people intimidate and bully me because I have a standard,” Rhodes told Jezebel. “I have a right to be at my job and not hear you talk about dicks and balls and how much cooch you got… I have a right to work in my workplace and be safe.”

Read the entire report at Jezebel.