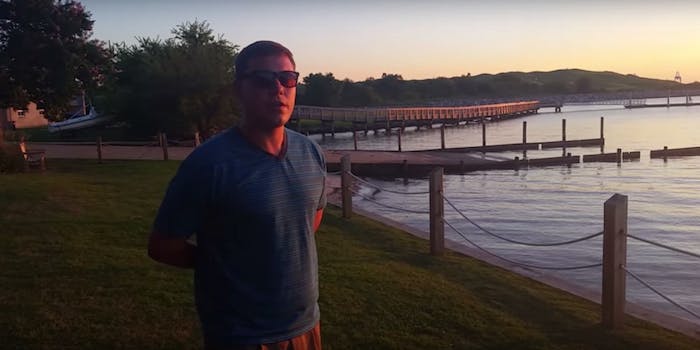 Thanks to a pair of EnChroma glasses, this man just saw a full range of colors for the first time in his life.

Colorblindness isn’t typically a highly emotional condition, but this video proves just how powerful it can be to see a full range of color for the first time.

Aaron Williams-Mele is colorblind, so his parents gave him a pair of EnChroma glasses for his birthday. These lenses correct certain types of colorblindness, and Williams-Mele decided to film the first time he used them.

It’s a truly beautiful moment, showing Williams-Mele as he begins to recognize the colors of a sunset for the first time in his life.