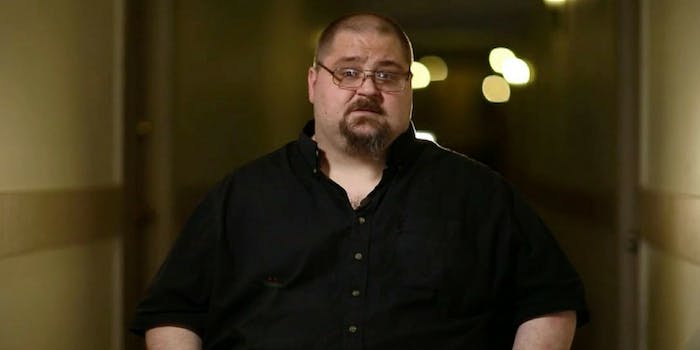 His letter is a powerful message to people who might feel alone, too.

In the wake of the Parkland, Florida, high school shooting carried out by alleged shooter Nikolas Cruz that left 17 people dead and many injured, one man has reflected on a time, two decades earlier, when bullying and suicidal thoughts nearly drove him to carry out a school shooting.

In an emotional letter shared with NBC affiliate 9News.com, a Colorado man only referred to as “Aaron” detailed his “chaotic and violent” childhood and teenage years filled with bullies who picked on his weight and intelligence.

“So I got angry, and I started hiding weapons around anywhere I hung out at frequently. I had hidden around me knives, sticks, shanks, brass knuckles, whatever. I always kept one in arms reach,” Aaron wrote. “I say all of this not to shock, or to upset people, or to say I agree at all with this evil. I say this to show that the problem is hard.”

Aaron admitted that yes, his mental health was deteriorated, leaving him depressed and suicidal, feeling like he had nothing to lose—like he could do anything. All from a lack of love, Aaron wrote.

But instead of carrying out this despair on his high school and fellow classmates in 1996, Aaron didn’t. He couldn’t because he didn’t have access to an assault rifle, he wrote.

I was almost a school shooter.

I am not a school shooter because I didn’t have access to guns.

But people with guns kill lots of people.

In the 25 years following this treatment, Aaron wrote that his life has improved—he’s a husband and father, and has learned how to “win” out over his depression.

But while his life has dramatically changed from the way it used to be, Aaron still wanted to share his story after hearing his wife and daughter say they didn’t understand how someone could carry out a mass shooting as the Parkland shooter did. Because he is someone who can understand, and who almost did.

Aaron told 9News.com that he wrote the letter in the hopes that it would help at least one person who may be considering carrying out what he wanted to two decades ago.

“If you see someone who looks like they need love, give it to them. Even a small hug, a word, or a smile could actually save lives,” Aaron’s letter concludes. “Compassion is the only real way we can stop this. Love people even when they don’t deserve it.”

Watch an interview with Aaron and a recording of himself reading the open letter here.