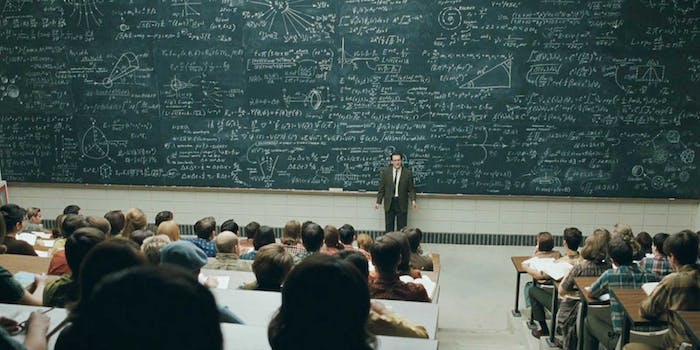 A facilitator advised that a kid 'be stupid' so they'd have more time to take the ACT.

The internet cannot get enough off of college admission scam—mostly because it has picked at the open wound of systemic inequality.

“Operation Varsity Blues,” as it was code-named, uncovered a mass scheme involving CEOs, lawyers, and Hollywood stars who worked with university officials to help fast-track their children’s way into elite schools such as Yale University and Stanford University. In order to have their child’s admission guaranteed, some parents paid between $200,000 to $6.5 million.

The scam reveals the layers of institutional racism and classism that exists in the U.S. education system, and many were quick to point out how low-income students of color miss out on college, despite honest efforts, while kids with rich parents are able to have their future secured.

The disability community was also exploited in the scandal. William Rick Singer, who owned the Edge College & Career Network and worked as a “middleman” to facilitate bribes with parents, suggested to a parent that their daughter “be stupid” so she could get extended time on her ACT exam on the provision of a learning disability.

According to a transcript of their phone conversations, published by the Daily Beast, Singer said this acting “stupid” plan was “the home run of home runs.” When the parent said it felt “weird,” Singer pushed him on. But the parent wasn’t “worried about the moral issue,” he was more concerned about what would happen if his daughter got caught.

Learning disabilities are obviously no joke and they most definitely shouldn’t be a ruse for a privileged, rich kid to get into college. Twitter is upset:

What really burns me, though, is Huffman and Macy's abuse of the disability accommodations process. Using such accommodations as a backdoor to cheating your way into college poisons the well, and screws over honest kids—both with and without disabilities.

Of all the offensive things about this college scam, I am particularly disgusted that these parents cheated by falsely requesting accommodations intended for students with disabilities. So vile.

I was once a #disabled college applicant and now I'm a #fundraiser for disability #civilrights, including #education #access, at @DREDF. This combo of #ableism, financial privilege, and #transactional #philanthropy makes me angry on so many levels. 1st: This scam steals… https://t.co/IIrFjCqSZG

As the mother of a child who has Asperger's, the whole idea of faking a disability to get testing accommodations is revolting https://t.co/Qzr0VNvd3i#scams #corrupt #theleavingyear

As one person pointed out, working with disability accommodations can be already challenging for many. To make light of that is purely insulting.

Horrified at the college admissions scam indictments that were released today. Especially that invisible disabilities were faked for test accommodations. It’s already hard enough for people with them to convince others they’re legitimate. I fear this will just make things harder.

didn’t matter, they still ignored me. In college, it’s better but it’s still a struggle having people uphold your rights. Plus I’ve SEEN them let a popular girl use extra time just because while everyone else who has disabilities gets belittled.

This is making me furious, as a mom of kids with several school accommodations not only are they cheating criminals they are discrediting my family and so many others

and btw I hate standardized testing

And now there’s fear that going forward, it might negatively affect the people who actually need these accommodations the most.

My ass is never going back to school, but for the sake of my kids (who have a pretty strong chance to inherit ADD) and the millions out there not fitting in to an outdated education system, I hope shit like this doesn’t slow the process of change.

The most infuriating part of the college cheating scandal is the abuse of disability accommodations. Do you think this scandal will make it even harder for students with disabilities to get the testing accommodations they need? #DisabilityInclusion https://t.co/0g8mfPxCbD

As one user pointed out, it’s not the only negativity to hit the community this week, and abled people need to do better.

What I am saying is, this is a good time to check on your disabled friends.https://t.co/lP4bBORPnD