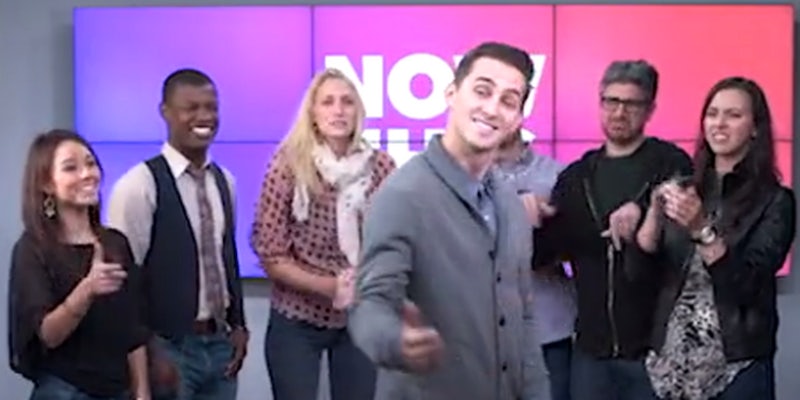 Vine reporter delivers all the news that fits in 6 seconds

According to Betabeat, the popular Viner, who’s amassed more than 858,000 followers on the app, will be responsible for updating NowThisNews’s Vine feed a few times each week.

“Cody can talk about college football in one vine and then move on to ask people about Syria in another,” NowThisNews Managing Editor Katharine Zaleski told Betabeat. “He already has an incredibly engaged audience on Vine that also follows NowThisNews.”

It begs the question of how much information Johns’ll be able to spill out over each report. As we’ve written before, NowThisNews barely has any time to dive into the context of each story, and six seconds is practically nothing when stacked against the 15 seconds permitted on Instagram. Reporter Julie Eckert’s Vine report on Syria Monday reinforced those concerns, saying only that Obama arrived in New York and planned to address the United Nations on the situation Tuesday before questioning how much influence the address may hold.

In another report published Monday, a VJ mentions that Pussy Riot’s Nadezhda Tolokonnikova went on a hunger strike to protest prison conditions before asking if viewers would do the same.

It must be mentioned, however, that the report from Chelsea Luger about Rihanna‘s Instagram picture getting two Thai men arrested is about as detailed as anything concerning Rihanna’s Instagram needs to be.

Johns hasn’t publicly posted much about the hire, only announcing the news and, when Seventeen Magazine wrote about it, admitting he was “speechless.”