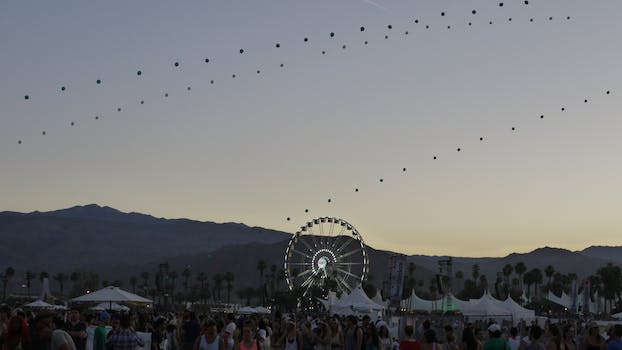 The billionaire behind Coachella donates to LGBTQ hate groups

People are calling for musicians and attendees to boycott the festival.

The bipartisan campaign Freedom for All Americans has found that Phil Anschutz, the owner of Coachella and the Anschutz Entertainment Group, has funded anti-LGBTQ and anti-sodomy groups, as well as groups that support climate denial strategy. The news has surfaced within the same week as the Coachella lineup, which includes vocally liberal headliners Kendrick Lamar, Beyoncé, and Radiohead, as well as LGBTQ musicians like Kehlani.

Some organizations that have been funded by Anschutz and his non-profit the Anschutz Foundation include Gordon Kligenschmitt’s Pray in Jesus Name, which has delivered countless anti-LGBTQ petitions to Congress; Family Research Council and the Alliance Defending Freedom, both anti-marriage-equality organizations; and the National Christian Foundation, one of the leading foundations involved in anti-LGBTQ activism in the United States. The Anschutz Foundation has also fought for “anti-sodomy” laws, including keeping gay sex illegal in Belize.

Many people are taking to Twitter to discourage people from attending the festival this year, as well as urging musicians to boycott it like many have done for the presidential inauguration.

The good news is a black woman is headlining Coachella.
The bad news is that Phil Anschutz will use profits to endanger LGBTQ Americans.

Salon points out that it’s unclear how much of an influence Anschutz actually has on the lineup or how much of a $400 ticket gets donated to right-wing, religious extremist groups, but the fact remains that Coachella is a significant contributor to Anschutz’s wealth, a portion of which goes to hate groups.

Update Jan. 6, 12:50pm: Anschutz told Rolling Stone in a statement: “Recent claims published in the media that I am anti-LGBTQ are nothing more than fake news—it is all garbage. I unequivocally support the rights of all people without regard to sexual orientation. We are fortunate to employ a wealth of diverse individuals throughout our family of companies, all of whom are important to us—the only criteria on which they are judged is the quality of their job performance; we do not tolerate discrimination in any form.

However, Jezebel points out that the Anschutz Foundation donated to three anti-LGBTQ groups between 2010 and 2013: Alliance Defending Freedom, the National Christian Foundation, and the Family Research Council. Anschutz has yet to comment on being a climate denier.