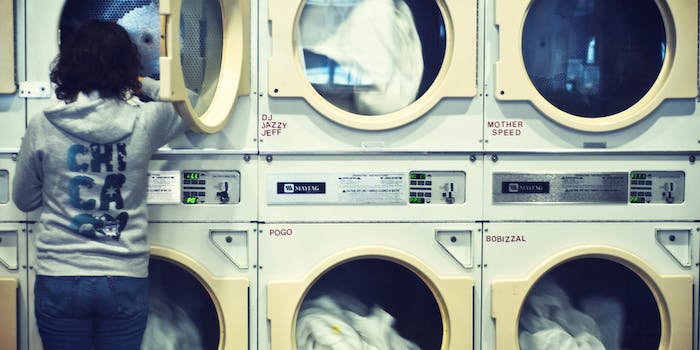 The company was forced to remove the label following outcry on social media.

An Indonesian sports apparel company has issued an apology after printing a horribly sexist message on a label inside its garments.

Salvo Sports Apparel is trying to salvage its reputation after a photo of the label started circulating on social media. The label reads: “Washing Instructions: Give this your woman. IT’S HER JOB.” 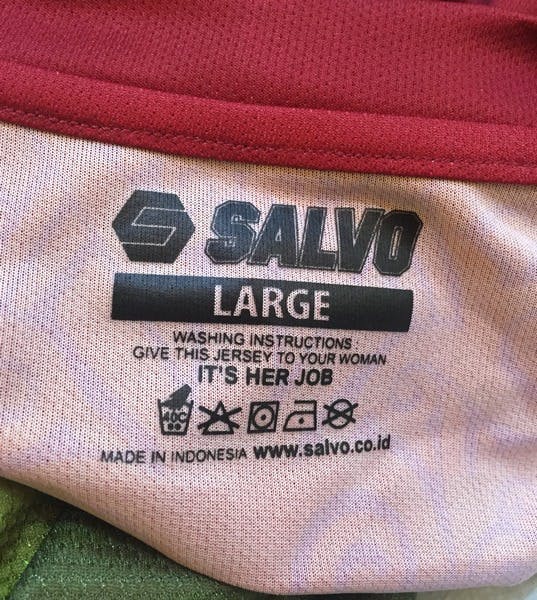 While feminists around the world celebrated International Women’s Day on Sunday, the people at Salvo Sports tried to come up with an explanation for the label. Apparently, the “joke” was intended as a compliment to women:

Translation: “The message is simply, instead of washing it in the wrong way, you might as well give it to a lady because they are more capable.”

Unsurprisingly, the message did little to silence Salvo’s critics, who were still enraged by the company’s sexist tone. So the company was forced to take actual action on Monday, issuing a legitimate apology and vowing to remove the labels.

Translation: “We will replace the washing label which alluded to gender issues.”

Indonesian website M Sports spoke to Salvo director Ridho Hezbollah on Monday. Bear in mind that this is a translation.

“We will replace the text. We are currently drafting writings as his successor. We do not want the controversy surrounding the writing happened in the last few days to re-emerge, “said Ridho.

“As a civilized nation, there was no intention at all patronizing a particular gender. Moreover arouse controversy. The article was pure gimmick in jersey and is easy to care for its main jersey.”

Well, guess that settles that. Let this be a lesson to you, clothing brands: In the future, don’t let Ricky Ricardo write your washing instruction labels.