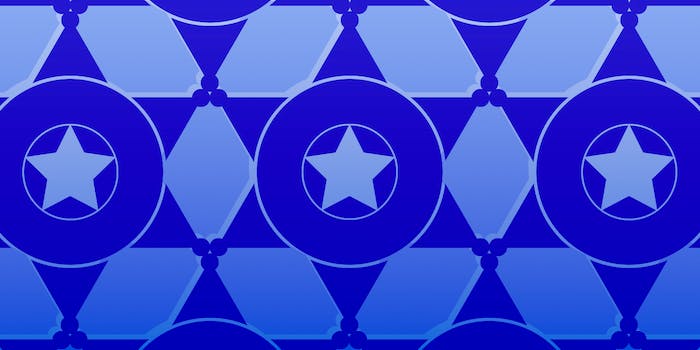 The school police officer was put on administrative leave.

On Dec. 28, a grand jury decided to issue no indictment in the death of 12-year-old Rice, who was fatally shot by a Cleveland police officer on Nov. 22, 2014. Rice had been playing with a toy gun in a park when officers Timothy Loehmann and Frank Garmback pulled up beside him following a call from a neighbor. The neighbor told the dispatcher that the gun was “probably fake” and it’s “probably a juvenile,” but Loehmann shot Rice in a matter of seconds.

He continued, “All this media because the are notgetting what they want…… Again pleeeeze anyone who does not like what I post…..unfriendly me or block me your not worth my time.”

Cicero’s page has since been deleted, but not before WEWS grabbed images from the posts. 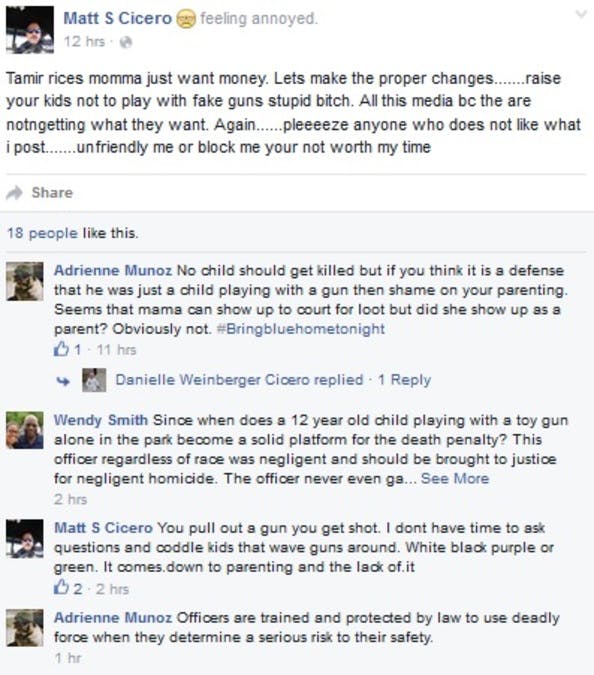 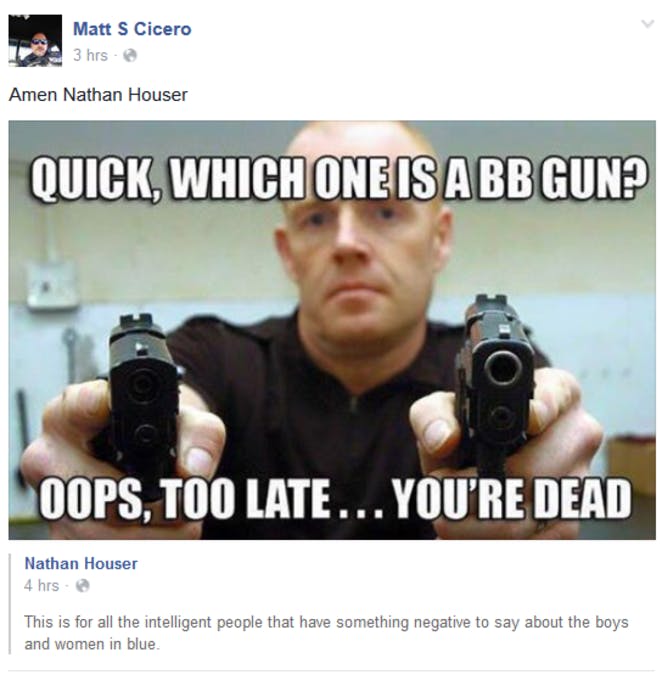 City councilman Jeff Johnson told WEWS that the school police officer should be fired for his comments. “It’s disrespectful to women, it’s disrespectful to African-Americans,” Johnson told WEWS. “The fact that he’s so insensitive and he’s placing the blame of Tamir’s death on Tamir, for me that’s enough for him to be not working with children in the Cleveland school system.”

WEWS reached out to Cicero for comment, but he declined.