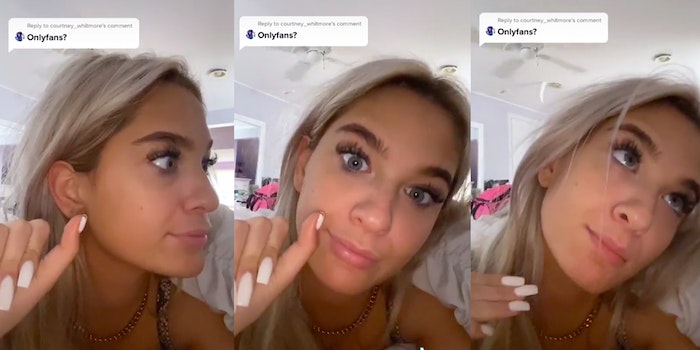 The 15-year-old expertly shut down a TikTok commenter.

Claudia Conway, daughter of the infamous Kellyanne Conway, shut down a commenter on TikTok who questioned if she had an OnlyFans account. She responded by reminding them that she’s still underage.