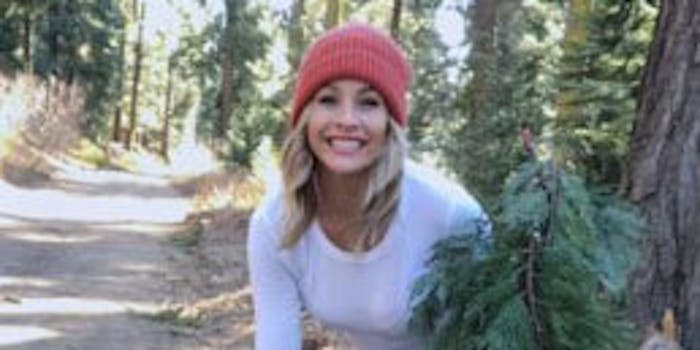 Clare Crawley first appeared on the series in 2014.

According to Google’s real-time trending searches, “Clare Crawley” and “The Bachelorette” were No. 1 in the country on Monday morning.

Some were thrilled by the prospect of an older woman helming the show.

“I am so fucking on board with a 38-year-old Bachelorette,” one user wrote. “Hooray Clare!”

“Clare as The Bachelorette coming in to absolute OBLITERATE these 22 year old Instagram influencers,” another user wrote. “What a legendary move.”

Some were not so excited.

“Making Clare Crawley the bachelorette is has actually solidified my theory that bachelor producers have 2 brain cells,” one user wrote. “Lets have a bunch of mid 40yr old men date 38yr old Clare just so we have middle aged men ready to date the infants from Pete’s season for BIP.”

If you’re familiar with the franchise you’ll know that producers usually chose a woman from the previous season on The Bachelor to be the next Bachelorette. Many were confused not only as to why Crawley was chosen, but who she is.

Others expressed worry over the fact that Crawley had appeared on shows across the franchise four times.

“Ok wait,” one user wrote. “I know I complained [about] the bachelorette being old as shit but if she’s 38 & has been on 4 times & still hasn’t found a significant other that definitely means she’s batshit crazy & has some very real issues. Maybe this season will be entertaining after all.”

For now, it’s too soon to say whether or not Crawley’s season will be as dramatic as Peter’s season of The Bachelor has been so far.

The Bachelorette will premiere May 18.