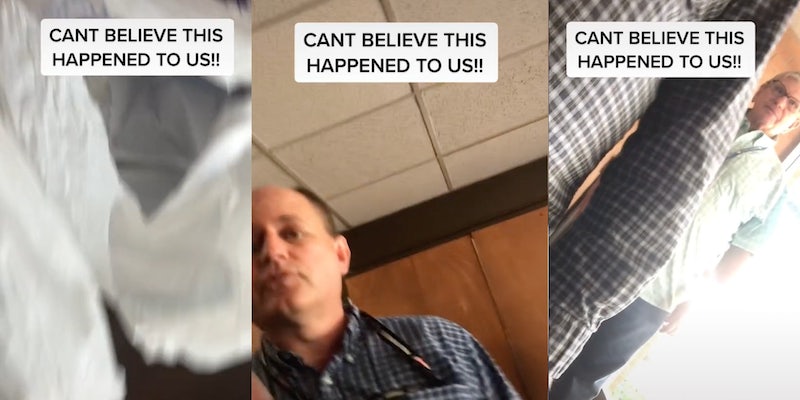 ‘Smell it, I promise you’: Churchgoers mistake woman’s cilantro for marijuana, kick her out in viral TikTok

'Y'all are people of God and y'all gonna do that to me?'

In a TikTok, church members accuse a woman named Ashley of bringing in marijuana, but she says she actually brought in cilantro, which is meant to be garnish for menudo, a Mexican soup.

Ashley, who goes by @alimamii23 on TikTok, recorded the altercation in a video that went up on Nov. 14 and as of Nov. 16, has over 2.8 million views. In the video, church members tell her to “leave now” for bringing weed into church. In the caption, Ashley wrote: “They didn’t even let me explain! They automatically just accused me!!”

In the comments, Ashley wrote that another church member went through her food and discovered the cilantro. She also said the incident occurred at Redemption United Methodist Church in Oklahoma City.

In the video, Ashley explains to the church members: “That’s cilantro, that’s for the food. That’s for the menudo. I promise you.”

“Smell it, I promise you,” says Ashley. “I’m not like that, that’s why I’m so mad.” Ashley then says she would leave but wanted the churchgoers to confirm the cilantro wasn’t weed. She also says how she and her daughter come to this church all the time.

The pastor then steps in and asks Ashley to “chill” because he’s in the middle of a sermon and that they could talk later.

In the comments, people defend Ashley. “The amount of gaslighting in this video is crazyyyyy,” wrote user @bunnysvanity.

In a follow-up video, Ashley returned to church asking for her food back. In the caption, she said the church threatened to call the police on her.

The Daily Dot has reached out to @alimamii23 and Redemption United Methodist Church for comment.