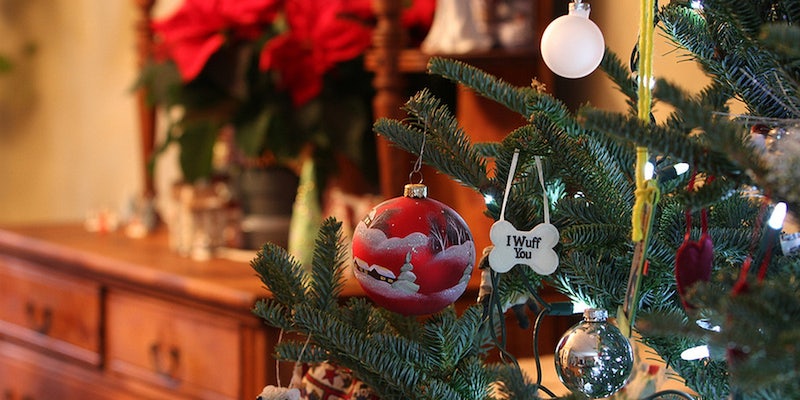 Thanks to the Internet, you don’t have to be alone this Christmas

Reddit's dysfunctional Internet family has a soft spot for the holidays.

Jeremiah Fargo, his wife, Laura, and their baby daughter won’t be traveling to grandmother’s house this holiday.

The couple, who live in Blacksburg, Va., where Laura is finishing her Ph.D. at Virginia Tech, will instead be at home, celebrating with what will likely be a room full of strangers.

Fargo recently posted his plans to host what’s known as an “orphan” Christmas party. These types of informal gatherings have become somewhat common in Internet circles around the holidays. People who can’t afford to travel, those who can’t stomach uncomfortable family dinners, and probably even a few actual orphans coordinate plans on Reddit or Meetup.com to share the holiday with what they hope will become new friends.

A quick search for such orphan holiday parties turns up events thrown by members of a Las Vegas hiking group, a Long Beach ladies club, and American ex-pats in Sydney, Australia.

While these gatherings are often at bars or restaurants, some, like Fargo, post an open invitation to their homes.

“When I lived in New York, I had some good friends hosting an orphan’s Thanksgiving,” Fargo said. “I could have gone to my parent’s family Thanksgiving, but I liked the idea of helping my friends out and seeing a bunch of folks that I wouldn’t normally have seen.”

Fargo said he baked a tray of baklava and drove two hours to that first holiday bash. The party was open to anyone who knew someone who was invited, and he loved mingling with the mix of company.

Fast forward a few years, and Fargo, now living in Virginia with a wife who shares his sense of adventure, decided to try his own orphan Thanksgiving.

“I brought up the idea and we both agreed it would be fun,” he said. “Since all of our friends were going to be out of town with their families, we decided to just open it up to people who had nowhere else to go, hence my posts on Reddit.”

He said about five fellow redditors turned up to share some laughs and home-cooked food. Fargo was a little disappointed he didn’t have more guests, but he said those who may have worried about Internet weirdos showing up couldn’t be more wrong.

“The quality of the people was great and I have no complaints; I’m just surprised there weren’t more people looking for free food and new friends,” he said. “I guess that means they have a place to go, so that’s good at least.”

Fargo is repeating the open invitation and the festivities, this time for Christmas. So far he’s had a few people send him messages about attending, but it looks like it’ll again be a small crowd.

“Our setup is very informal,” he said. “We cook the main meal with a few sides and ask folks to bring food if they can; if they can’t, it’s no big deal. We’ll watch a movie, maybe play some games on our Wii or Xbox 360, or if folks want we can pull out some of our board games. It’s just sort of a ‘come as you are’ party that doesn’t aspire to be anything more than meeting new people, having good food, and celebrating the holidays.”

Some people who don’t live near open-invitation parties reached out to members of their online communities in hopes of finding someone also in need of a friend on the holiday.

“Ideas for an orphan to spend Christmas? Any other orphans want to catch up and celebrate together?” one Redditor using the handle anfee_ posted in the Brisbane, Australia, subreddit.

“Aww.. Anfee. You’re not an orphan,” a user name BrizvegasGuy replied. “We are your family.”