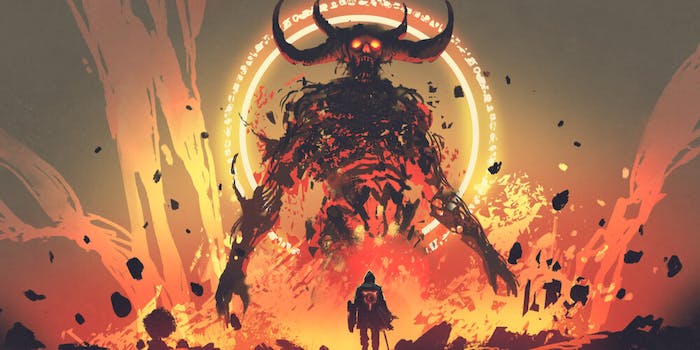 If you didn't want people who disagree with you to vote, why host a poll at all?

A group dedicated to electing more Christian lawmakers is accusing satanists and atheists of hijacking the results of a Twitter poll that didn’t go quite as planned.

The National Association of Christian Lawmakers, which boasts Mike Huckabee as a board member, put out a poll on Sunday asking Twitter whether America would be better off with more Christians serving in elected office.

The results were a resounding no, carrying 93% of the vote at the time of press.

While the group’s initial response was to inform the “atheists and satanists” who “piled on” the poll that God loves everyone and would forgive them if they asked, the account later put out a more inflammatory tweet accusing the “no” voters of religious persecution.

According to the organization, the comments on the original poll demonstrate the anti-Christian bigotry alive in America today.

Naturally, the responses are far from sympathetic.

Many Twitter users pointed out that receiving different answers than the ones you wanted in an open poll is far from persecution. After all, if you didn’t want people who disagree with you to vote in the poll, why host it at all?

“More non-Christian officials might be a step toward true separation of church and state,” @RachelLikeDnD wrote.

Christians make up 90% of the House, Senate, and Congress, compared to 65% of the broader population. A quarter of officials identify atheist or agnostic in some capacity, giving them a small but significant percentage of the vote.

As @madbiteywolff pointed out, non-Christians don’t generally want forgiveness from Jesus (because they don’t believe in him); they just want to live in a country where everyone gets the same protection under the law.