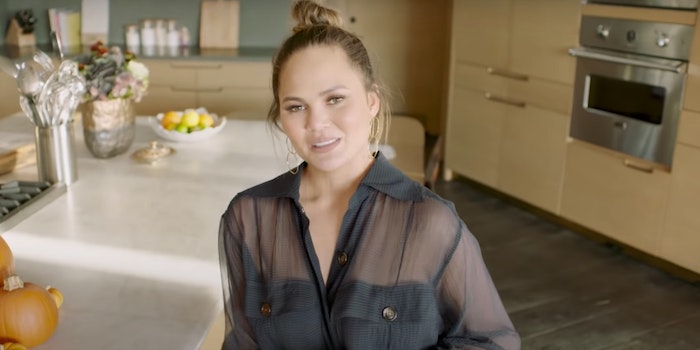 'Can we also acknowledge that this server is an absolute legend.'

Chrissy Teigen is getting roasted on Twitter after casually dropping that she once spent $13,000 on a wine that she and husband John Legend “didn’t even finish.”