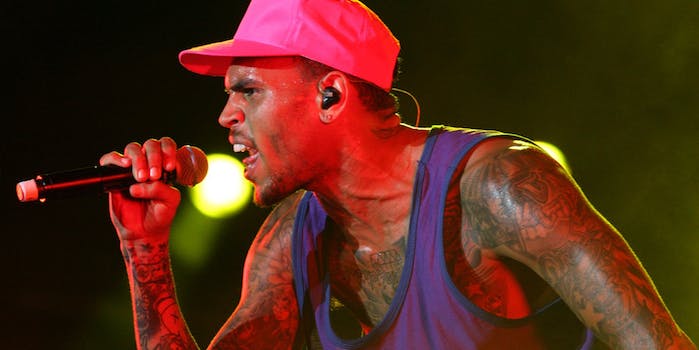 Adult performer Kagney Linn Karter claims Brown paid her for sex, then bullied and harassed her.

Last weekend, Karter went on a vaguely coherent, 24-hour spiel, accusing Brown of paying her $2,400 for a “private,” which is a shorthand term in the adult industry for an escorting appointment.

Karter tweeted that when she refused to have sex with Brown, he started bullying and harassing her on social media: 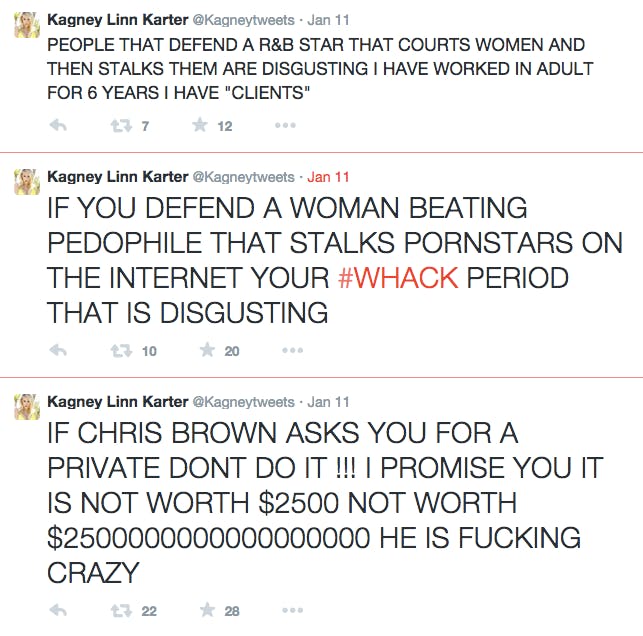 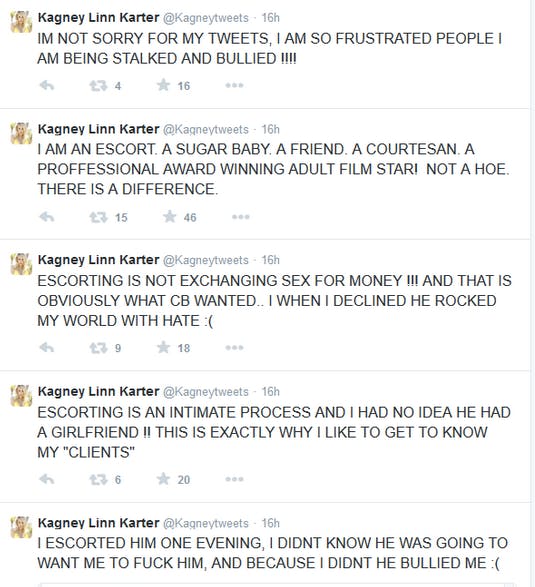 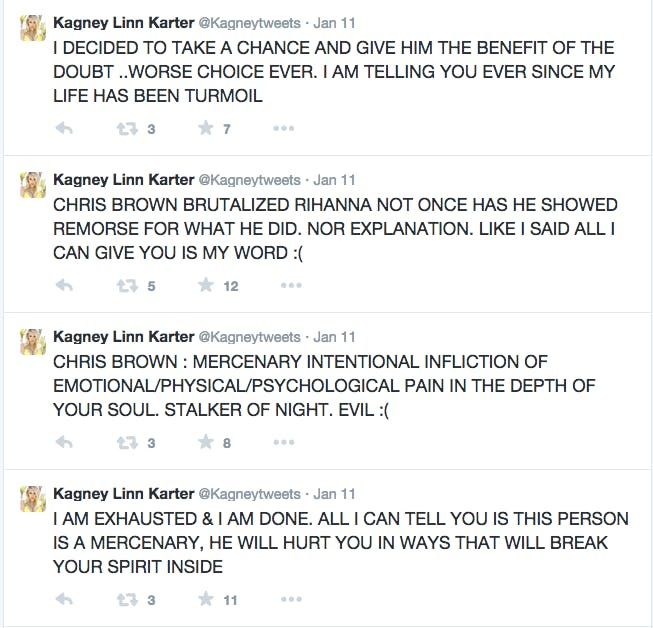 She also had some choice words for Brown’s followers, who defended him on Twitter: 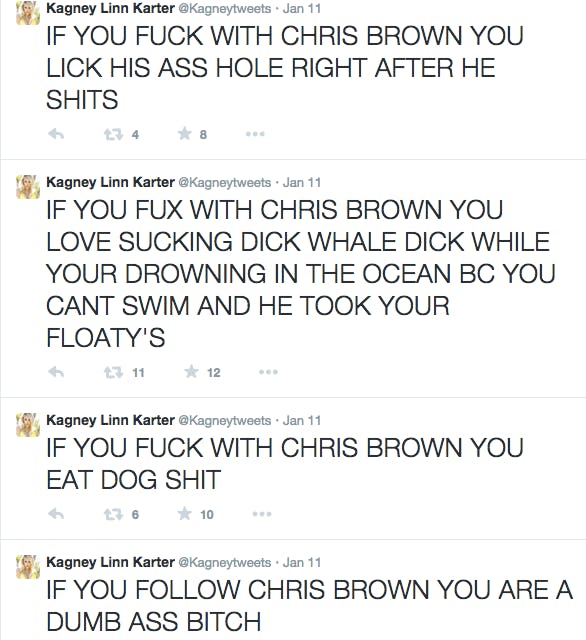 Although Karter claims Brown harassed her so much she had to delete her Instagram, so far she’s failed to produce any tangible evidence of Brown’s harassment, aside from a few NSFW text messages and dick pics that she claims to be from Brown. She did not allege that Brown’s abuse was physical.

Requests for comment from Karter were not returned. However, a representative from Brown’s label wrote to us in an email:

I checked it out and it’s just her posting bizarre things on her timeline. She’s trying to attribute those words to [Brown] without proof yes?

Oh goodness, such a waste of all of our time.

Karter seems to have calmed down somewhat, although her tweets are no less incoherent:

Brown, who is reportedly dating model Karrueche Tran, was released from prison in the summer of 2014, after serving 108 days in jail for violating probation on a felony assault charge. He was also famously arrested for assaulting his ex-girlfriend Rihanna in 2009.

Most recently, the singer made headlines when five people were shot at a show in a San Jose nightclub. His latest studio album, X, was released last September.