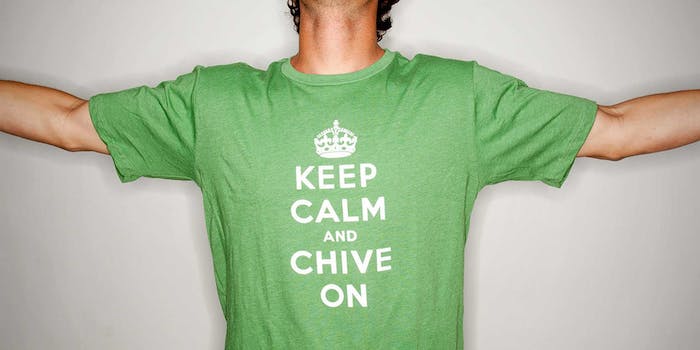 Dear men of the Chive: Do not use these lady-ranking cards

Consider this a public service announcement for the Chive readers everywhere.

Fact: I’m not what you’d call the Chive’s target demographic. I don’t really enjoy looking through superfluous slideshows of photos (most of which were popular on Imgur and/or showed up on the rest of the Internet 1-3 days before) nor do I enjoy Instagram galleries of “Chivettes” (good looking women who take selfies that are then submitted to or found by the Chive).

But just because I’m not the audience for the Chive doesn’t make it bad. There’s nothing inherently wrong with wanting to consume shallow content; it’s fun and fast, and our ever-dwindling capacities for paying attention to stuff means that theirs is a smart model (just ask Henry Blodget).

Cool houses, funny cats, and hot girls—I take no issue with these things (I do enjoy the Chive’s Cat Saturday, though most of it comes from Imgur and why it’s not called Caturday is beyond me).

But what is an issue is this: 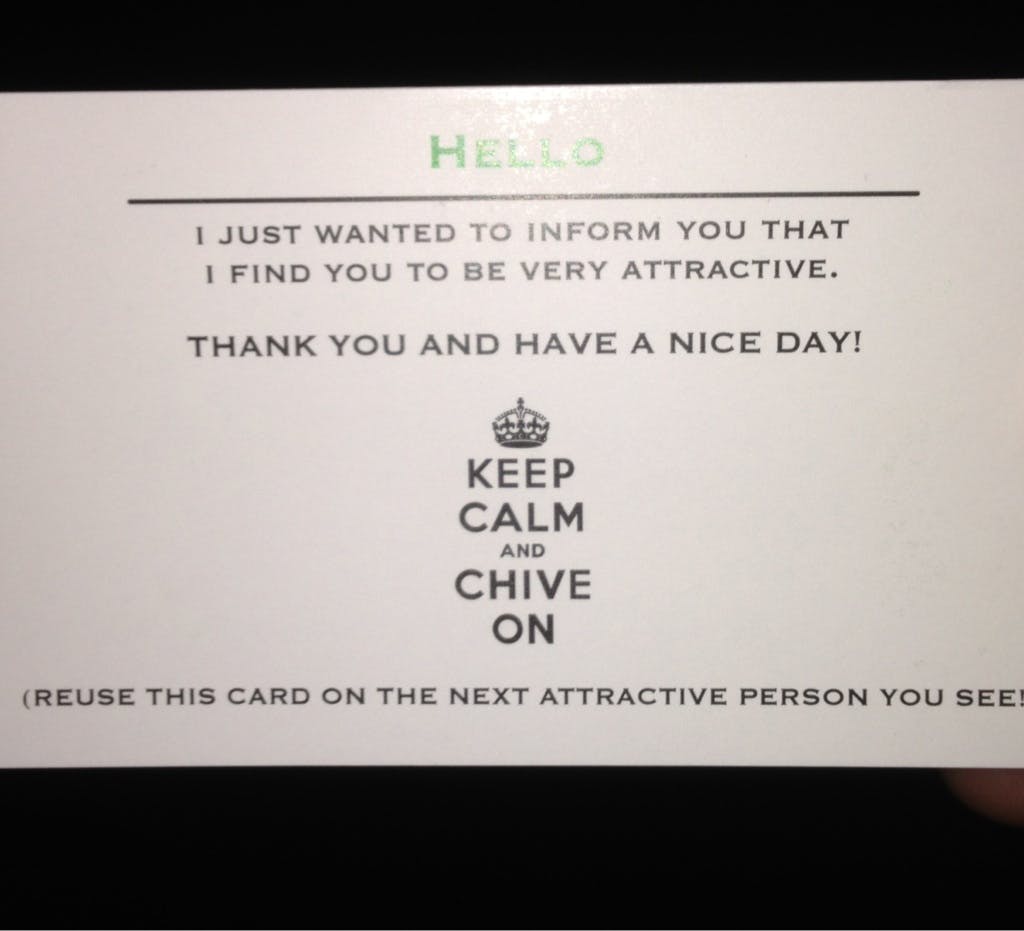 Yep. That is a Chive-made card endorsing someone (I can only assume a woman, but perhaps not) for being attractive. It’s not clear if it’s made and sold by the Chive or if some trademark-infringing bro got creative, but it’s certainly Chive-affiliated (through the site’s knowledge or not). I reached out to the Chive to ask if this is their product, but I’ve yet to receive a response.

I understand we live in a culture where everyone, especially women, are highly sexualized and judged by their appearances and that there’s only so much any push-back against this will do. I know that if I go to a bar there’s a chance someone will say something offensive, and at the very least will think something offensive. But to actually hand me a tangible card indicating I’ve been ranked and approved by you is a step backwards for humans.

And before anyone launches into a misogyny-fueled tirade about how I was not the recipient of this card, a short anecdote: I was once at a bar that actually falls within Yelp’s frat area of Portland when I was approached by two very drunk men who (as a form of compliment?) suggested I should be on the Chive.

This continued until they just straight up showed me a gallery of a girl’s Instagram photos of herself in the mirror.

“So yeah, saying you should be a Chivette is like, a nice thing to say.”

I know, or rather I hope, they meant no harm, but trust me when I say that women won’t universally love being told you’d like to see their naughty selfies on the Internet. Any online hub with a disproportionate men-to-women ratio has this issue, but most of that misogyny stays within the hub; this time it’s happening IRL.

Hopefully these cards don’t catch on, and hopefully those who read the Chive can distinguish the difference between it and the real world. Keep reading and enjoying it, but please, I beg of you, leave it there. Because that rating system will be reversed, and soon if you even tell me you love the Chive, a red flag for “douchebag” will go off in my head. Let’s all just save ourselves the trouble and judgement.