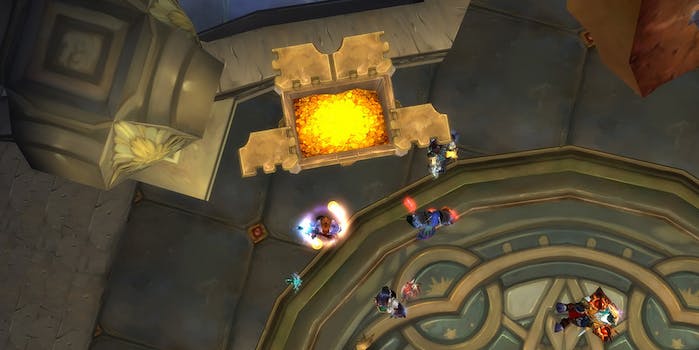 More than 10,000 gamers were defrauded by opportunistic middlemen.

In yet another case that highlights the blurring boundaries between virtual and real-world economies, ten Chinese men will serve varying prison terms for defrauding 11,500 World of Warcraft accounts in a scheme that netted them $10,800. Not that they got to keep it.

According to Zhejiang Online, the cybercrime ring didn’t do any hacking: they simply bought user logins from black market sources for $1 apiece, then signed on and flipped all the gold and gear. By charging $3 for each bundle of resources, they turned a tidy profit at prices irresistible to other hardcore gamers. Now those dirty goods have been laundered and are back in circulation.

After a long trial, Zhejiang province’s Songyang county court sentenced the mastermind, named Chen, to two years in prison for invasive access of “ordinary computer information systems.” He was also fined $8,000. An accomplice named Zhu, who set up a parallel middleman operation, will serve a little less time and pay $1,000, as will the other eight defendants.The money made in the scam, as well as the computers used to carry it out, were seized by the Chinese state.

RT notes that cybercrime is rampant in the country, with 700,000 daily becoming victims and $46.4 billion lost last year. Gamer accounts are often cheaper than compromised computers and therefore especially vulnerable to attack. As of November, WoW was host to 7.6 million subscribers—or, to look at it another way, $22.8 million in potential revenue.