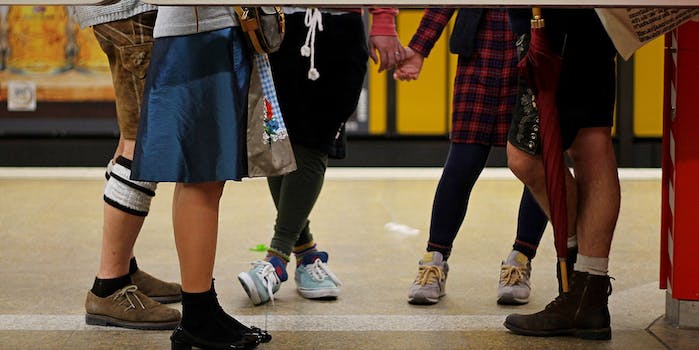 Justice at its finest.

Women around the world constantly put up with harassment in public spaces—often with little recourse for justice.

However, one woman in China refused to let her harasser off the hook.

When the unidentified woman spotted a hidden camera in a man’s bag on the subway, she called him out for attempting to take pictures up her skirt. The man at first denied the accusation, but later relented.

Then she forced him to eat his memory card.

Chinese newspaper People’s Daily reports that after the man chewed the card and got off the subway, he was arrested.

This Chinese subway hero, whoever she is, joins the ranks of other female vigilantes around the world, like the Swedish bikini justice squad, who patrol pools to stop women from being molested. And the Russian biker who takes her revenge on litterbugs. And the woman in Boston who noticed a man taking pictures of women without their consent and confronted him on camera.

It was only a matter of time before we started to see such brave crusaders making perpetrators put their creepiness where their mouth is.