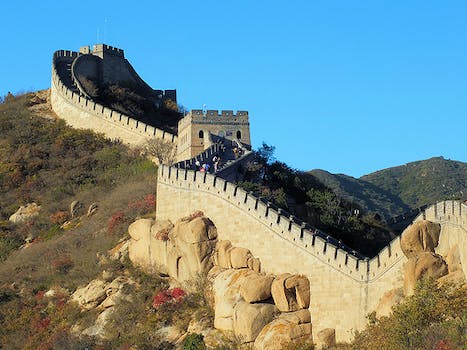 Virtual Private Networks have long been used to circumvent China's "Great Firewall," but the government is now restricting VPNs.

The “Great Firewall of China” is the Middle Kingdom’s state-of-the-art technical blocking system that keeps the country’s Internet system under control.

Chinese Internet users have grown up with a high level of knowledge about online circumvention. One of the popular methods to get through the Wall is by using virtual private networks (VPNs), which encrypt the material traded between member users. The ministry in charge of supervising that structure has redoubled its efforts at control, this time targeting VPNs.

“A number of companies providing ‘virtual private network’ (VPN) services to users in China say the new system is able to ‘learn, discover and block’ the encrypted communications methods used by a number of different VPN systems,” according to the Guardian.

One of China’s major telecom companies, China Unicom, is severing connections whenever it discovers a VPN connection, according to a VPN provider with a presence in China.

According to VPN provider Astrill, in an email to its users, the government is targeting four of the protocols frequently used by VPNs.

According to Voice of America, WiTopia and StrongVPN are among the companies affected.

“If you are in China and currently unable to connect your VPN account today, chances are you are using UDP Protocol which is now at some level being blocked in China,” StrongVPN told its users. They suggested two fixes,

China has spent some effort in the last year tightening loopholes in its online censorship services, especial prior to the Communist Party Congress in November. VPNs were targeted at that time as well, but quickly restored.

It has also reacted strongly in the wake of the Arab Spring, fearing that its Central Asian Muslim population would take inspiration from it. It also quickly shut down a short-lived series of protests in eastern China called the Jasmine Revolution, .