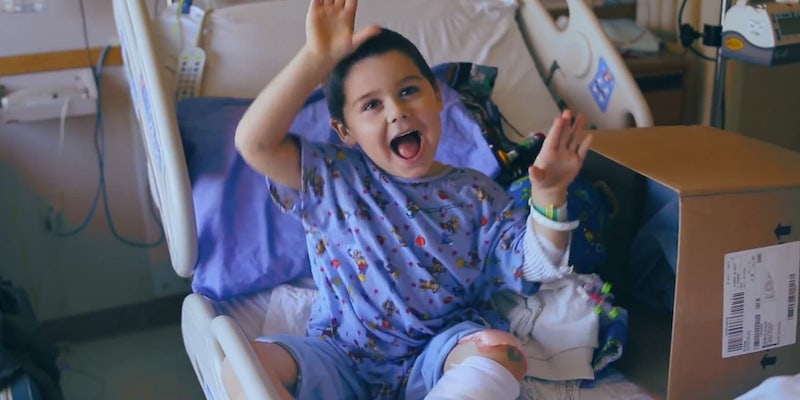 Katy Perry‘s “Roar” works on multiple levels. In her new music video, it’s about surviving extreme circumstances after a plane crash. For the winners of a nationwide contest selected by Perry herself, it’s a matter school pride.

But for the patients at the Children’s Hospital at Dartmouth-Hitchcock (CHaD) in New Hampshire, “Roar” is far more personal anthem. It’s about perseverance and dancing through the pain.

It might be “just another day at CHaD,” but these long-term patients, their families, and the doctors, nurses, and administrators who care for them are fighting battles every day.

Their lipsynced rendition of “Roar” is nothing short of inspiring.