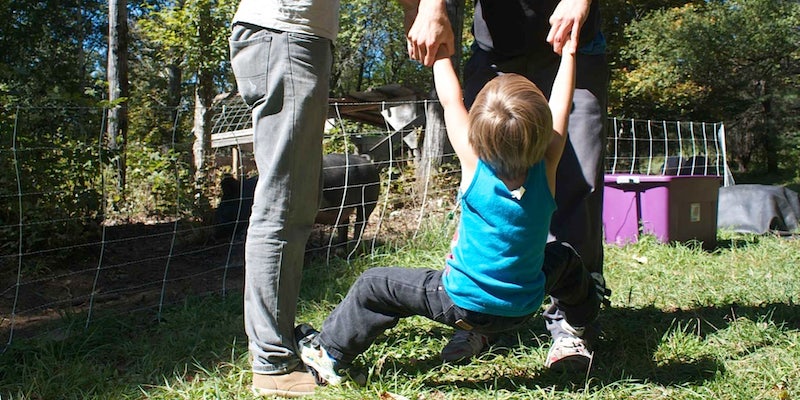 This ‘children’s book’ about abortion is making conservatives furious

Mary Walling Blackburn's 'Sister Apple, Sister Pig' is as controversial as it is important.

When Mary Walling Blackburn was about 4 years old, her biological father and stepmother told her that her biological mother had aborted a child who would have been her sibling, and if they didn’t pray for her mother, she’d burn in a lake of fire.

When Walling Blackburn’s mother found out what her ex-husband and his wife had told her daughter, she was forced to explain that she’d had an abortion. Though Walling Blackburn doesn’t remember the exact moment her mother told her this, she does recall growing up aware of her “ghost sister,” a term she uses in her book Sister Apple, Sister Pig. 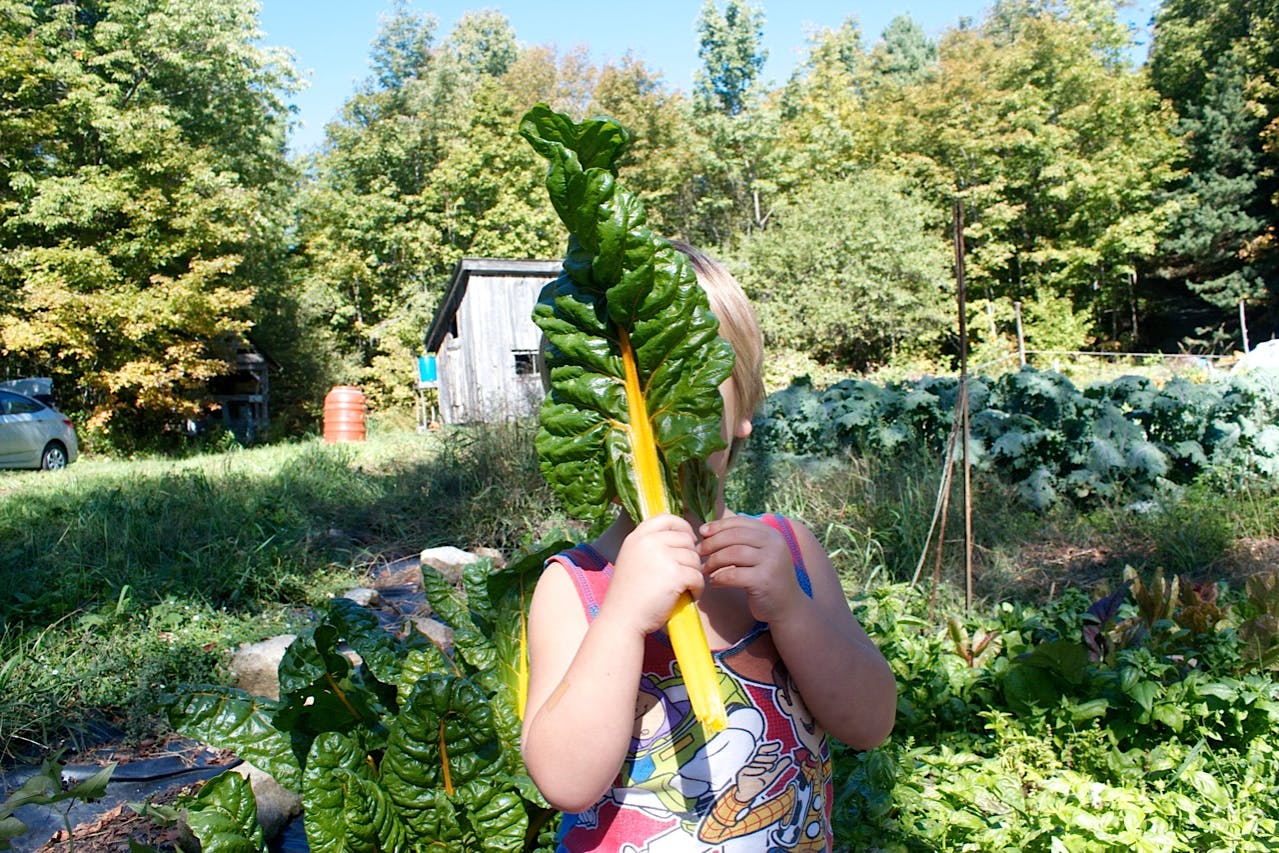 The e-book is a reimagining of parents explaining an aborted sibling to their 3-year-old son Lee. Lee’s parents instill in him the idea that his ghost sister is anywhere and everywhere. She could be an apple in his hand, a pig in a pen, up in a tree, or anywhere he wants to imagine her to be. 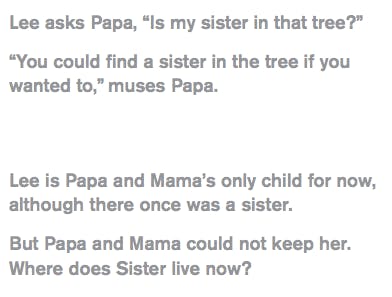 Even though the book was published on e-flux more than a year ago, the conservative media has apparently just discovered it. There’s a belated hate-storm brewing for the contemporary artist and Southern Methodist University art professor.

“When you do so many provocative projects and there is not much of a response, you don’t end up having a sense that this is what’s going to happen—that you’re going to have Glenn Beck reading it on the radio and blushing,” Walling Blackburn, 42, told the Daily Dot in a phone interview.

Right-wing website LifeNews claims Sister Apple, Sister Pig “promotes abortion to kids,” while Women’s Day said the book was “even creepier than it sounds.” Commenters particularly take issue with the fact that it reads like a children’s book, concluding that it must be targeted at young readers. But Walling Blackburn says that’s not so.

“It’s not a book intended for children,” she said. “It’s actually just using the form of a children’s book…it’s intended for adults.”

Another group this book is not intended for: conservatives.

“I was hoping that within the pro-choice community, there could be room for experience of loss and grief and that we could also not necessarily frame it as a non-emotional, medical procedure, and perceive it as an ethical dilemma,” she explained.

Sister Apple, Sister Pig does not treat abortion lightly. The book is even dedicated to the “ghost sister” Walling Blackburn never knew.

“In regards to the dedication, I was conscientious of the decision my mother had to make,” she said of her attitude toward her mother’s abortion growing up. “I was empathetic. I felt a kind of tenderness towards the decisions parents have to make.” 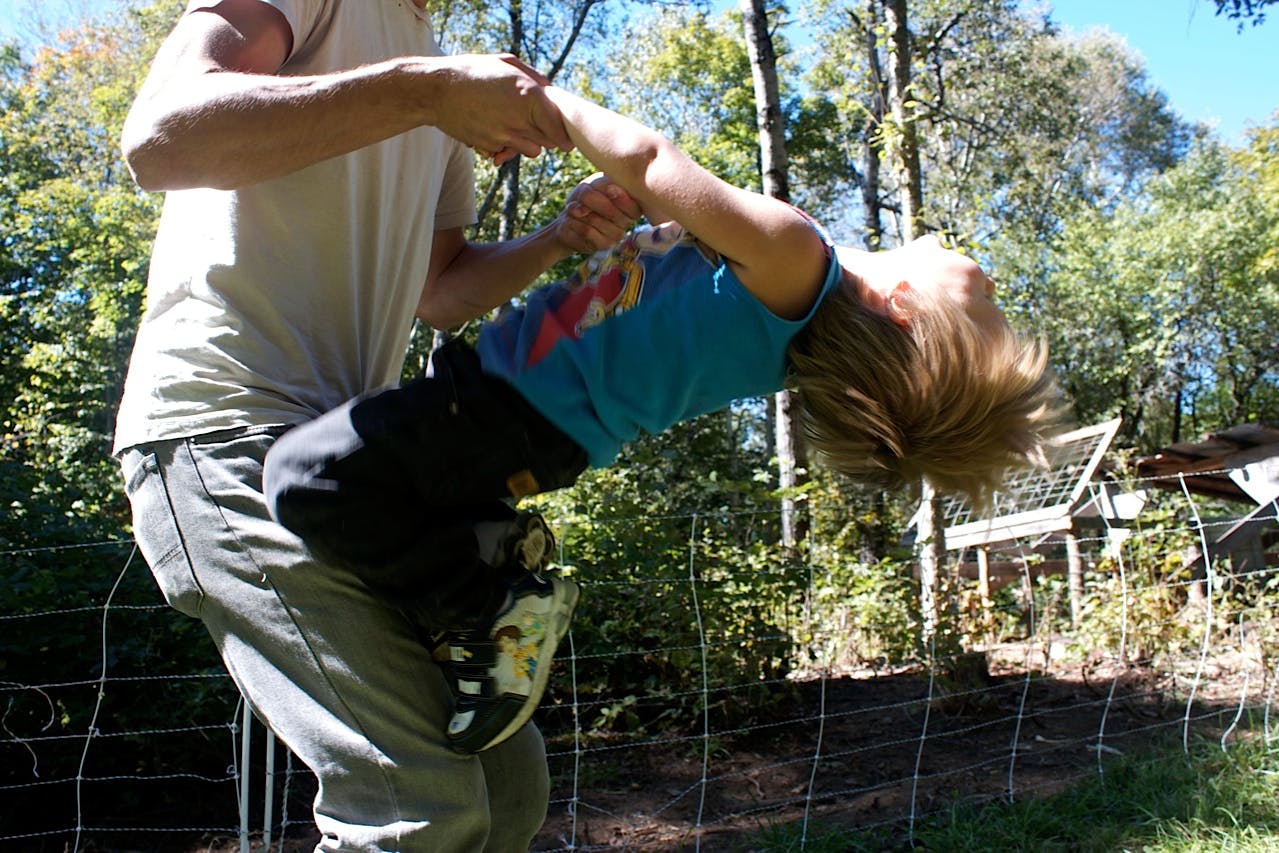 Because of Walling Blackburn’s personal experience with abortion, it was important for her to use the book as a launchpad to start a conversation about it. In recent years, abortion has become so politicized that few people talk about how it affects them and their families on an individual level. And because abortion is an inherently political issue, there are few platforms for women to speak openly about their experiences.

Subreddits like r/TwoXChromosomes often feature comment threads by women looking for emotional support after an abortion or women who simply want to share their own experience. But it’s a topic often discussed in hushed tones. And definitely not with children.

Walling Blackburn is not one to shy away from controversial topics, making her the ideal target for conservative vitriol. A few months ago, she created an “anti-fertility garden” for an exhibit in San Antonio, which featured herbs, soap filled with papaya, and a hot tub covered in drawings of severed testicles (a reference to the Greek goddess Hecate, who is said to have worn a necklace of testicles). The installation was a direct response to anti-choice legislation in Texas, which shut down abortion clinics throughout the state.

But despite the criticism from conservatives, the book has made an impact where it counts. “I had somebody read it and they said that they were moved. They thought it was very tender, and they felt that the book was very gentle in regards to their own experience and what they struggle with now.”