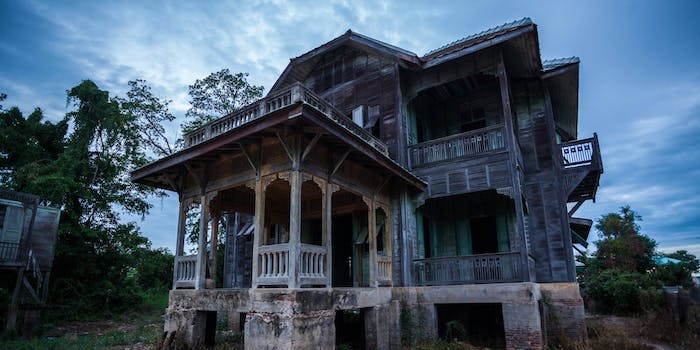 It was supposed to be held at a public elementary school.

There are many ideas for haunted houses that don’t have to be, you know, horribly offensive. You could fill a house of possessed family members in bad gory makeup, or a graveyard of goofy zombie children, or a hotel full of David Pumpkins. Instead, a Chicago elementary school (elementary school!!) was going to co-host a “Christian” haunted house that included a depiction of the Pulse nightclub shooting, in which 49 LGBTQ people and allies were killed in June.

However, a Chicago Public Schools official told the Windy City Times that it would no longer be co-hosting the event, which was organized by Tyrone Tappler Productions. “The event organizers mischaracterized the true content of the event, and we did not approve any association with the activities the organizers have now advertised,” the official said.

Windy City Times says the Eventbrite page for the event (now deleted) described the house as 10 rooms where visitors will “encounter individuals who will make choices. The choice is life or death; sin or salvation; heaven or hell. The scenes will be action-packed, real and jaw-dropping.”

The haunted house was also going to include abortion and Charleston church shooting scenes.

Tappler, the man behind the canceled production, lists himself as a licensed minister and actor on his website. “He is assigned to ‘Rescue the Lost and Cultivate People.’ To build and encourage people who have been knocked down, discouraged, lost, and sick,” his site reads. “God has prepared him to impact and make a difference in theatre and film.”