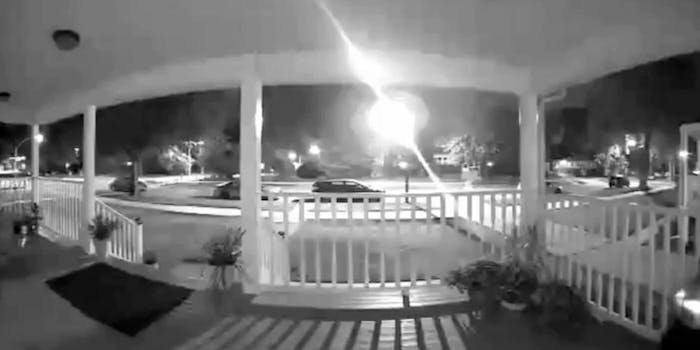 The officer previously said the 18-year-old had a gun.

The Civilian Office of Police Accountability released the videos and audio files. The footage shows Sgt. Khalil Muhammad shooting Ricardo Hayes, 18, around 5am on Aug. 13, 2017.

“He pulled a gun on me, walked up to the car,” Muhammad told the dispatcher immediately following the shooting. “I had to shoot.”

But now police reports say Hayes didn’t have a gun, according to Vice.

The video shows Hayes running down the street and away from an SUV. When he stops and turns to step toward the vehicle, Muhammad fires two shots that hit the teen in the chest and arm.

Hayes, whose caretaker had called police earlier to say he had walked off and was autistic, was then transported by ambulance to Advocate Christ Medical Center. He survived the incident, and Muhammad was put on administrative leave pending an investigation.

The American Civil Liberties Union, which is filing a lawsuit over the shooting, issued a statement on Tuesday questioning why it took so long for the video to be released.

“As a Black teenager with disabilities, Ricky was at a heightened risk for police violence,” Karen Sheley of the ACLU of Illinois said in a statement. “Thankfully, he survived—but he should never have been shot.”