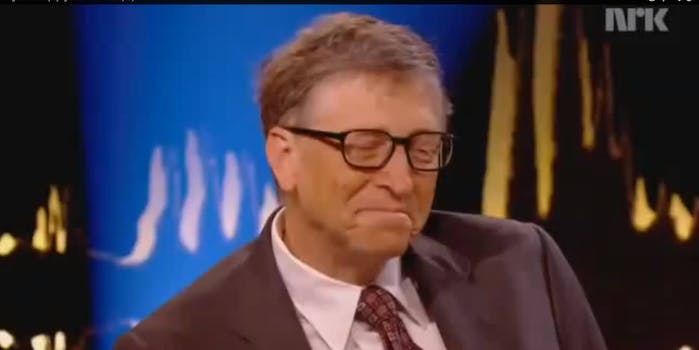 Guess how long Bill Gates lasted against a chess champ

Millions of viewers have since watched the game on YouTube, marveling at how quickly the champion defeated the tech giant.

If you’re wondering how Carlsen was able to beat Gates so quickly, the answer is might disappoint you: Bill Gates is bad at chess. Carlsen knows the skill gap between the opponents is enormous, so he played a few tricks in the game to get the quickest, flashiest win in front of the camera.

The always-excellent Chess Network breaks down the champion’s thinking in the game: