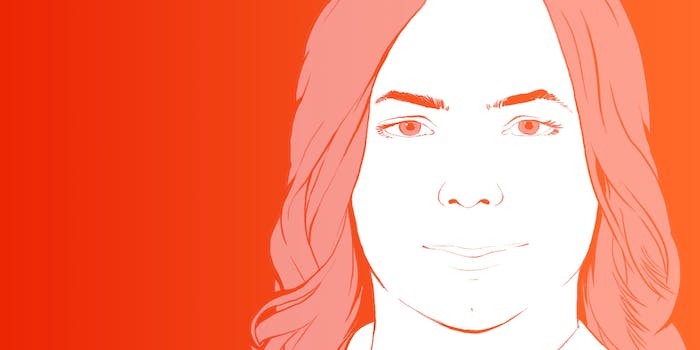 Chelsea Manning’s release has already been met with transphobic hate

But there are also many supporters cheering her on.

Seven years after her arrest by the U.S. Army, American whistleblower Chelsea Manning has been let free from prison. And the internet is flooded with reaction to the news.

When the Army officially confirmed that Manning was no longer detained on Wednesday morning, supporters turned to social media to express both praise and relief, as some feared that the Trump administration would attempt to subvert her release.

Chelsea Manning is finally free. Please wish her all the best and the peaceful life she deserves now. The US govt is a monster.

CONFIRMED Chelsea Manning has been released from military custody. She is a FREE WOMAN @xychelsea

It is incredible to witness Chelsea Manning's freedom after having seen and worked with her behind bars for four years." –@chasestrangio

Manning herself officially confirm her release in an Instagram photo that shows her walking along a wooden floor in Chucks, calling them her “first steps of freedom.” A common look among trans women (and also an inside joke about how popular Converse are in the community), Manning was quickly shrouded with support from queer and trans activists on Twitter for both her bravery, as well as her taste in shoes.

But while Manning’s release is a celebration for many, others are still angry over her treatment at the hands of the U.S. government. Manning served seven years of a 35-year sentence for leaking military documents that showed, among other things, American soldiers opening fire on a dozen people in an Iraqi suburb, killing two journalists and wounding children. Many politicians and figures that worked to keep Manning behind bars are still in power—and activists are upset and want justice.

Meanwhile, many conservatives see Manning as a traitor, bemoaning her release and criticizing Obama for commuting her sentence. Trump supporters, in particular, believe she should remain in prison.

The fact that Obama decided to pardon Chelsea Manning doesn't make her any less of a traitor. She's a disgrace to her country.

Responses have also turned transphobic. In many cases, conservative users are referring to Manning by her dead name, or birth name, which is sometimes done by mistake, but since the media refers to Manning as Chelsea, the intent here is to be offensive. Others are calling her a “tranny,” a throwback slur meant to degrade and dismiss transgender people.

While responses vary, it’s clear Manning’s impact is far-reaching. Journalist Glenn Greenwald, who has won awards for his coverage of Manning’s prison conditions, penned a feature at the Intercept exploring Manning’s influence on international geopolitics, calling her “one of this generation’s greatest heroes.”

“Her bravery and sense of conviction wasn’t a one-time outburst: It was the sustained basis for her last seven years of imprisonment that she somehow filled with purpose, dignity, and inspiration,” Greenwald writes.

“In the most humble yet determined tones, she insists on following what she knows is the right path regardless of the risks and costs to her. And in doing so, far beyond the initial acts of whistleblowing, she became a hero to LGBTs around the world, and so many other people, by demanding the right to be who she is, and to live freely, even under the most oppressive conditions.”