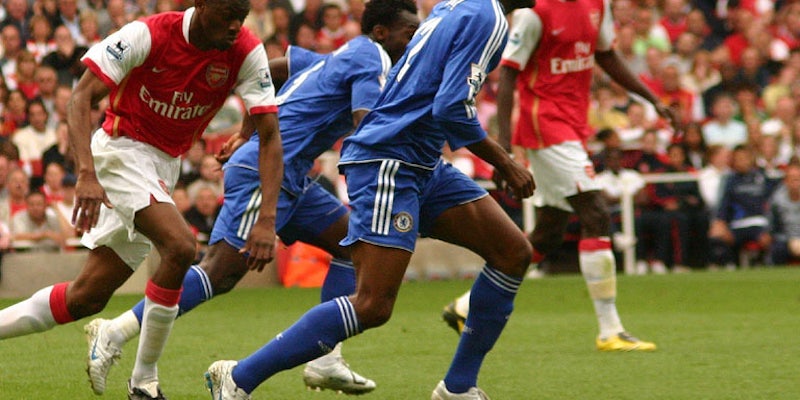 Chelsea's John Obi Mikel, originally from Nigeria, quit the microblogging service because users targeted him with racial insults after a disappointing game Wednesday.

In what has become a disturbing trend in Europe, another English soccer player has fled Twitter after receiving racist tweets.

Chelsea midfielder John Obi Mikel quit the social networking site after contributing to the club’s devastating tie Wednesday. The team drew with Juventus 2-2 after leading for most of the game.

“If I want to make up an excuse, I can,” Mikel said after the match according to the Independent. “But, for me, I gave the ball away. I put my hands up, we move on. I’m sorry about the mistake, but there are no excuses.”

Despite Mikel’s apology, the tie angered a handful of Twitter users, including @i_Maurii, who tweeted, “Fucking terrible it’s all Obi Mikel’s fault you stupid N*****.” That account has since been suspended.

Chelsea initially denied that Mikel, of Nigeria, left the microblog because of receiving racist tweets, but the team eventually changed its tune on its official Twitter account.

Since March, at least five different soccer players in Europe have been attacked on Twitter for their race, gameplay or citizenship.

Liam Stacey, a 21-year-old Twitter user in the U.K., admitted to inciting racial hatred after a Twitter attack on footballer Fabrice Muamba, who suffered a cardiac arrest on the field March 17.

Later in April, the Rangers Football Club complained to police after its player Kyle Bartley allegedly received racist tweets after his team lost.

In June, England’s Ashley Cole and Ashley Young missed penalty kicks against Italy in  the team’s quarter-final loss in the 2012 UEFA European Football Championship. Afterwards, the pair was allegedly attacked on Twitter by a user who insulted them with racial comments.