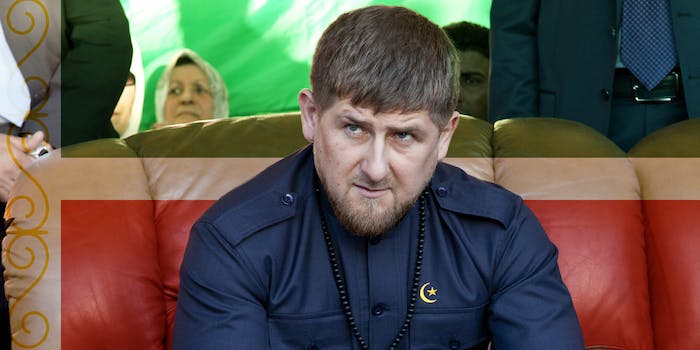 Recent reports from Chechnya alleged that the country is detaining and torturing gay men. According to one survivor, Chechen authorities are also telling parents to murder their gay children. And if they don’t, the government will carry out the act.

According to the Independent, gay men are being detained in huge numbers, and the government is actively encouraging parents to “clean” their “honor” through honor killings.

“We’ve always been persecuted, but never like this,” the anonymous survivor claimed, according to France24. “Now they arrest everyone. They kill people, they do whatever they want. They tell the parents to kill their child. They say ‘Either you do it, or we will.’ They call it: ‘Cleaning your honor with blood.’”

In one case, the survivor alleges that a man was tortured for two weeks by Chechen officials. Afterward, his parents and brothers were called in, Chechen police outed his sexuality, and told the family to “sort it out or we’ll do it ourselves.”

Spokesmen for Chechen President Ramzan Kadyrov and Russian President Vladimir Putin both deny that gay men are being rounded up and killed in the region, but reports from survivors continue to reach human rights organizations across the world. Both Amnesty International and Hillary Clinton have acknowledged the detentions, as well the British government, which claims President Kadyrov wants to remove LGBTQ Chechens from the region by May 26—the start of Ramadan.

“We were tortured every day. Beside beatings, we were beaten several times a day with polypropylene tubes. We were tortured with electricity,” one anonymous survivor said, ABC News reports. “For 20-30 seconds they spin the handle, you feel the electricity, then you fall down, they stop it, and then immediately you come back to consciousness and you are ready again for a new discharge. And it goes on five, six, seven times.”