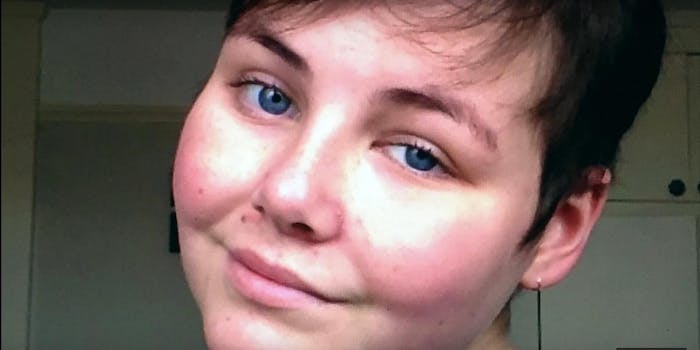 She had a rare brain tumor.

Her mother posted a short video to her channel, saying, “Charlotte passed away peacefully at 1:03 p.m. in our local hospital in Brighton. She fought until the last minute and my husband managed to get there 15 minutes before she passed away.” Her mother added that this would be the last video posted to Eades’ channel.

Eades had dubbed her tumor “The Terminator,” which robbed her of her ability to speak and eat before she succumbed. Eades was initially diagnosed with a rare form of brain cancer in 2013, according to BuzzFeed. She used vlogging as a way to connect with other cancer patients, as well as raise awareness and funds for charities like Stand Up to Cancer.

Eades’ goal was always to open up conversations about cancer. In the video, her brother stated that she worked to educate students about cancer, as well as reduce some of the stigma of the disease by speaking candidly about her treatments and the side effects that came with them.