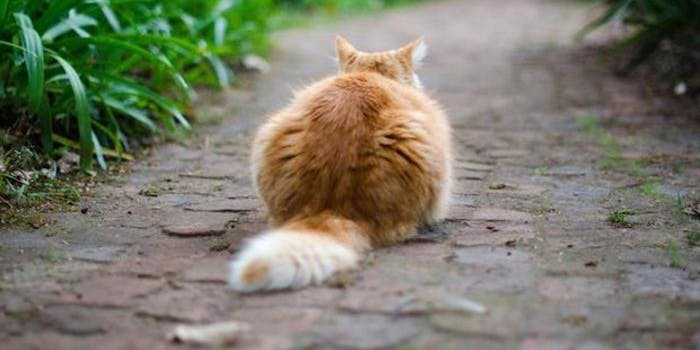 View life from 10 inches above the ground with Cat Street View.

While America finally catches on to the coolness of cat cafes, Japan remains the undisputed champion of adorable situations involving cats. The territory of Hiroshima has introduced Cat Street View, a cat-level guide to the city of Onomichi.

The city bills itself as a town of slopes and cats; the Cat Street View map shows 28 shops and seven landmarks to explore as well as the usual locations of 11 of Onomichi’s most beloved and notable cats. (Yes, the cats are pretty much landmarks.)

“We were seeking to introduce a different way to look at our cities and offer a view of the streets that wasn’t available before,” a Hiroshima tourism official told the Wall Street Journal. Onomichi, in addition to being well-known for its large number of cats, is home to a museum of maneki-neko cat dolls—aka Fortune Cats, which supposed to bring good luck and wealth.

You don’t have to be a cat-lover to find the concept video soothing:

As with Google Street View maps, there’s something serene and surreal about navigating Onomichi via still images of an active shopping arcade. The 11 cats are frozen in situ, clearly the focus of each map area that contains them, marked with a floating icon that provides more information about each cat in case they’re hard for viewers to spot.

The map site also includes sound, with the background buzz of the city adding to the experience of viewing the environment from 10 inches above the ground. Sounds are indistinct, but human voices and the hum of vehicles merge to provide a cat-like sense of place and pace.

More locations are planned for the map later in the year—and one hopes more locations will also mean more cats.