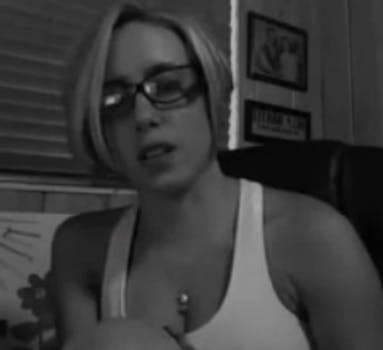 In a leaked video from October, the controversial Orlando mother says life is "just a little surreal."

Casey Anthony has broken her silence.

The Orlando mother, who was found not guilty of killing her two-year-old daughter last year, is making headlines again with a new vlog.

Titled “(1) could THIS be horseface.mp4,” the video diary was uploaded yesterday. A former attorney for Anthony confirmed that she is the subject but added that video was not “legally obtained,” reported Fox News.

In the 4:20-long video, reportedly made in October, Anthony says it’s “just a little surreal how much things have changed since July and how many things haven’t changed.”

The vlog is a bit boring; she admits to adopting a dog and being camera shy. But that was enough to rile the Internet masses, whose anger toward Anthony has clearly not subsided in the months following her controversial trial.

Casey Anthony has been a top trending topic on Twitter today, mentioned more than 11,000 times in the last 24 hours, according to statistics from Topsy.

“Casey Anthony “My new laptop, finally something to call my own” … uhm you had something of your own, it was a child…that turned out well,” wrote Elijah Daniel on Twitter.

“That poor dog..he don’t know he will end up in the swamp very soon..” wrote Avenue72nd in a top comment on the leaked video.

Other YouTubers took to simply writing “guilty” in the comments section or expressing outrage that she didn’t even mention her daughter once.

The account that uploaded the video, HollyandJohnBriley, has two other videos, both of which are related to Casey Anthony. (One is a memorial video to Caylee Anthony; the other chastises NBC for its coverage of the Anthony trial.)

It’s unclear how the account received Anthony’s video diary at time of publication.