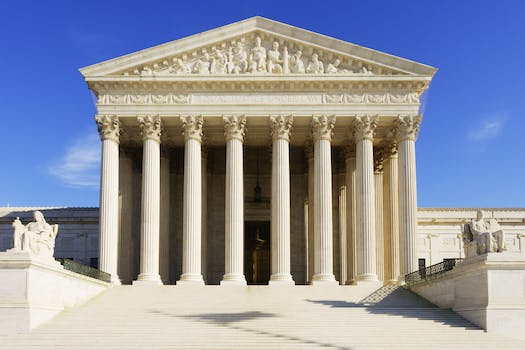 It's a question of First Amendment rights.

The U.S. Supreme Court is deciding whether registered sex offenders can be barred from using social media.

The justices heard cases from two men who were punished for having sex with a minor. One of those cases involved Lester Packingham, a 21-year-old student who was convicted of sexually assaulting a 13-year-old girl in 2001.

He kept a clean record until, in 2010, he was arrested again for posting a comment to his Facebook page. In North Carolina, it is a crime for a convicted sex offender to visit certain social media sites like Facebook, Snapchat, and Instagram.

The Supreme Court is now trying to figure out if that restriction is in violation of the First Amendment.

The official issue presented to the court is as follows:

“Whether a law that makes it a felony for any person on the state’s registry of former sex offenders to “access” a wide array of websites—including Facebook, YouTube, and nytimes.com—that enable communication, expression, and the exchange of information among their users, if the site is known to allow minors to have accounts is permissible.”

Packingham’s lawyer, David Goldberg, opened with two main arguments: First, that the rule reaches “vast swaths” of core First Amendment activity unrelated to the government’s preventative purpose. And second, that the law operates and forbids speech on the very platform Americans are most likely to use to communicate, organize social change, or petition for government.

When asked by a Supreme Court justice, Goldberg did concede that banning social media as a form of parole is acceptable but says barring someone for life should not be possible.

Robert C. Montgomery, senior deputy attorney general in North Carolina, argues that some felons can already be prevented from having guns or voting, and sex offenders are more likely to relapse.

The court then had a rather long-winded discussion on whether there are alternative ways to living life without social media to determine just how wide-reaching the law is.

“Now, I know there are people who think that life is not possible without Twitter and Facebook and these things, and that 2003 was the dark ages,” said Samuel Alito, associate justice of the Supreme Court.

That led to a conversation about the controversial North Carolina law that exempts any website that provides only a chat room or only photo-sharing from the social media ban.

“So why is that? Because if I would have said, like, where the most dangerous activity takes place, it’s in chat rooms and via photo-sharing,” said Elena Kagan, associate justice of the Supreme Court. “It just seems to exempt the stuff that’s most easily used to, to do exactly the things that this statute is meant to prevent.”

Then there was another lengthy discussion about what Snapchat does, and whether a sexual offender would be allowed to use it under those parameters.

“Well, I would have, I would have thought that Snapchat is, is, maybe I have it wrong. I’m not any expert on this. But isn’t Snapchat photo-sharing?” Kagan said.

Montgomery tried to clear up the exemptions in the North Carolina law by discussing the level of personal information one can receive from each social media platform.

“It was a decision to go for the sites in which the most anonymous information could be collected by an offender,” Montgomery said. “And that offender then would use that to groom the child or otherwise use that information to go meet the child and begin a relationship so that the child…”

According to NPR, six justices appear to indicate serious doubts about the North Carolina statute and “appear ready to invalidate” the law banning sexual offenders from using social media.

A decision in Packingham vs. North Carolina is expected this summer.