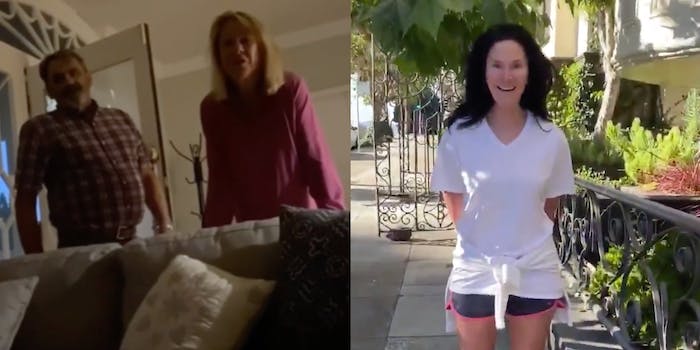 It's named for Karens.

Lawmakers in San Francisco have unanimously voted to pass an act that would make it illegal to place 911 calls that are racially motivated, according to multiple sources.

The Caution Against Racially and Exploitative Non-Emergencies (CAREN) Act was introduced in July amid nationwide protests for George Floyd, who was killed by a white police officer after store clerks called 911 to report an alleged counterfeit bill.

Protests against police brutality have raised awareness that calling the police on Black people can result in physical violence including death. But 911 calls have also been weaponized, like when Amy Cooper called the police on a Black bird watcher and falsely claimed that he assaulted her.

The legislation, which is set to counter hate crimes including racist phone calls, has been named in the spirit of a “Karen,” the internet’s term for white women who are entitled and may call police on people of color for no reason.

In many viral incidents, “Karens” didn’t make 911 calls but still threatened people of color, especially Black people, by questioning their presence in certain neighborhoods, Airbnb rentals, or even their own homes. Racist 911 calls and other threats are often disguised as concerns for “safety.”

“Communities of color have the right to go about daily activities without being threatened by someone calling 911 on them due to someone’s racism,” said author of the act Shamann Walton, according to KTVU.

“The CAREN Act will prevent these fraudulent emergency calls from happening,” Walton continued. “Rather than calling the police or law enforcement on your neighbor or someone who you think doesn’t look like they should be your neighbor, try talking to them and getting to know them.”

A second vote has been scheduled for next week. If passed and signed by the mayor, the votes will lead to the CAREN Act becoming law in a month.