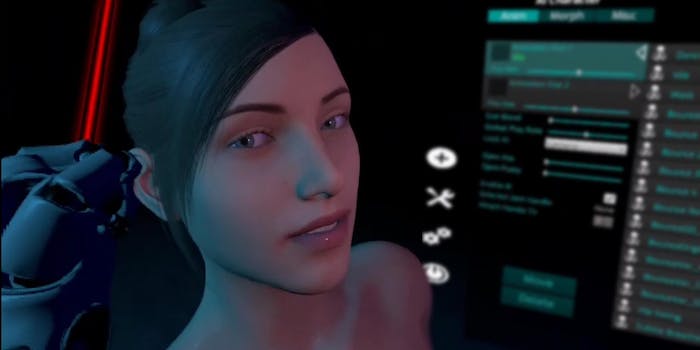 It's an early build, but it's promising so far.

On Feb. 22, developer AntiZero shared a clip on Reddit revealing that an “experimental” Oculus Quest build of Captain Hardcore was available for Patreon subscribers. The prototype isn’t on the Oculus Store—fans must manually install the game, better known as “sideloading”—but it’s certainly playable and has many of the original game’s features. These include eight sex toys, functioning physics and animations, and, of course, a fully interactive model to touch and play with.

“To get it working I had to remove the hair and fluid physics, which means there’s less options compared to the PC version,” AntiZero wrote. “It wasn’t possible to use the same character skinning system as the PC version, so some parts of her body can look slightly off when bending her limbs, for example the ass/genitals area. This also affects clothing, which I had to remove. Hopefully I can find a solution to this!”

AntiZero revealed a Quest version was in development earlier this month. In that thread, the developer expressed interest in adding finger-tracking mechanics into Captain Hardcore once the feature is available for Unreal Engine 4 VR development. Additional Quest builds seem likely, too, given how AntiZero stated the prototype “took very little time away” from PC development.

Update 10:25am CT, Feb. 26: AntiZero told the Daily Dot that he didn’t originally plan on developing Quest support, but after receiving numerous requests, he decided to give it a try. Development for the Quest was on-and-off for several months and required a dedicated week in February for the prototype’s release.

“It won’t be possible to create an exact port of the PC version, but if I can fix the issues in the experimental build then there’s a possibility of a separate version in the future with more customization settings, toys, environments and scene saving and loading,” AntiZero told the Daily Dot.