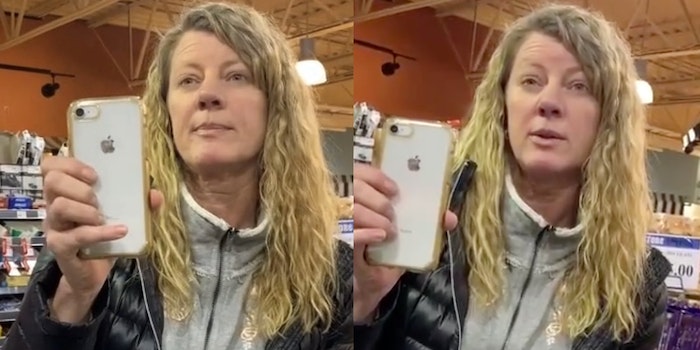 The teen stood her ground on the store's mask policy.

While the U.S. generally seems to be cornering the market on anti-maskers, other countries have their own fair share of disruptions. A shopper in Alberta, Canada, recently went viral for not only refusing to wear a mask in a grocery store but arguing over it with a 17-year-old cashier who was just trying to do her job.