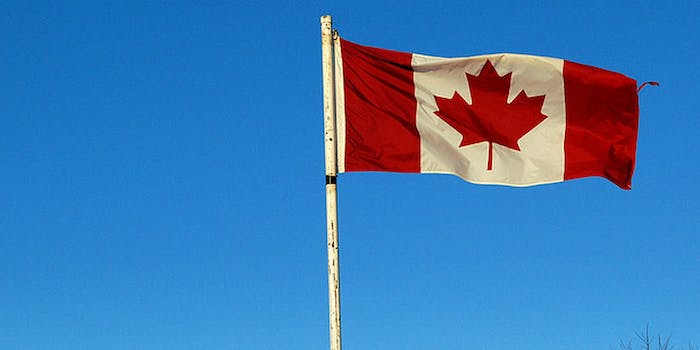 That's one way to encourage people to vote.

Canadian group “Sluts Against Harper” is taking off on social media for offering nude photos to people who vote in the country’s upcoming federal election.

The organization is against Canadian Prime Minister Stephen Harper and wants to incentivize people to vote through its “VOTES4NUDES” campaign that sends nude photos to those with proof that they voted in the election. The campaign itself started on Tuesday, and its Instagram account racked up more than 2,400 followers before being deleted. The Instagram account is back up on Wednesday morning, and the Tumblr page is still going strong.

The woman leading the campaign goes by the pseudonym Jessica Simps and told Vice’s Motherboard vertical that everyone who appears in the nude photos took the photos themselves and agreed to send them out.

The photos include men and women alike, but the majority of the people swapping votes for nudes are male, Simps said.

When Motherboard referenced Canadian Liberal Party leader Justin Trudeau’s recent comment that Harper “doesn’t want you to vote,” Simps said she agrees with this sentiment and will do anything to get others to pay attention and vote. 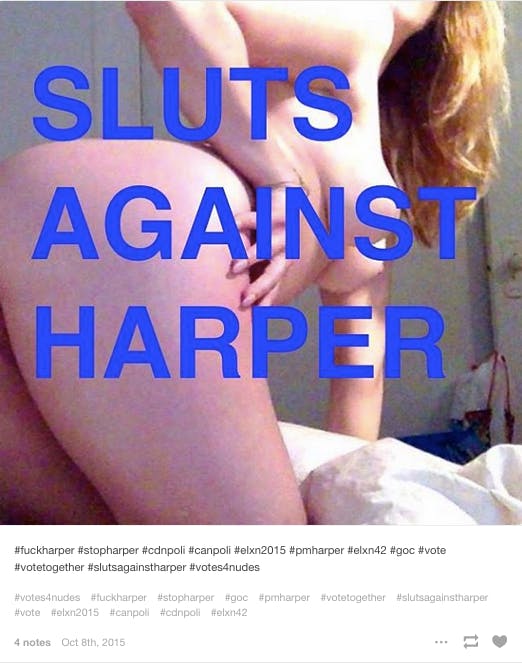 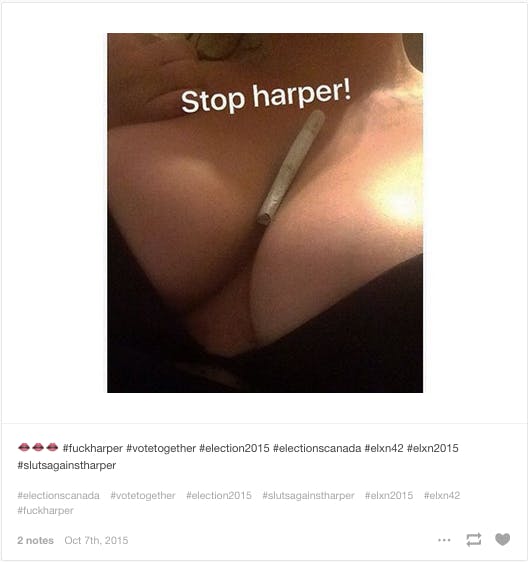 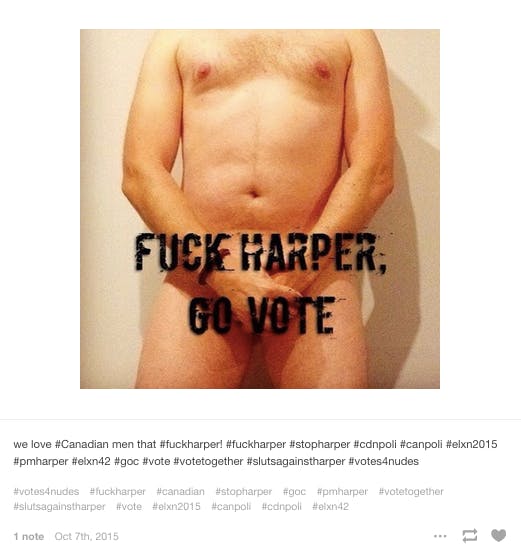 “I think that we’re terrifying as women, and as young people,” she said. “Basically, I’m willing to do anything to spark the vote and get some interest … If there’s anything that Stephen Harper doesn’t care about, it’s women and women’s bodies, that’s for sure.”

While she’s unabashedly against Harper, she started this campaign because she wants to see people vote no matter what.

“That’s the thing: I don’t want to control who anybody is voting for, that’s their right,” she said. “I just want them to vote.”