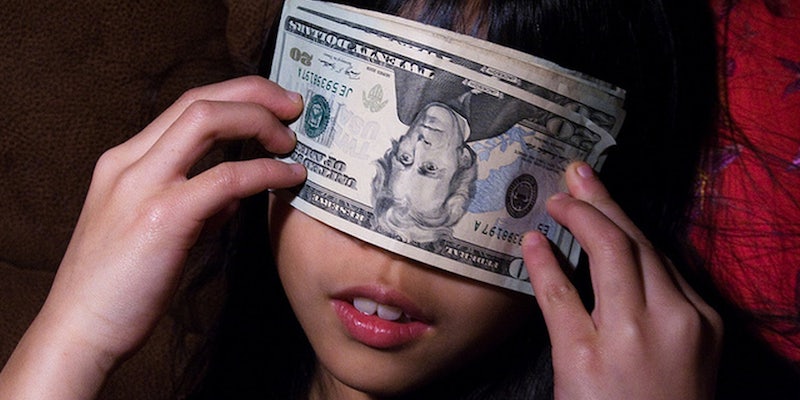 A peep inside the camming business

Cam girls are more popular now than ever before. An insider shares what happens behind the screen.

Cam girls have been performing live sex shows since the advent of Internet-connected cameras.

But thanks to new technology and beefed-up bandwidth, the camming profession is experiencing a renaissance.

Tens of thousands of women around the world currently work as cam girls — also called “models” in the industry, Fattorosi said. The profession began to climb in popularity three or four years ago and is still gaining steam.

While we’re linking to websites discussed in this article, as with any adult material, some links may not be appropriate for work or children; please use good judgment before following a link.

Livejasmin.com, a popular cam-girl site, is one of the top 40 most trafficked sites with nearly 28 million visitors a month, according to Web-measurement service Compete.com. Myfreecams.com and ImLive.com are in the top 800. Other cam sites don’t fall too far behind.

With Web traffic like this, it’s no wonder cam girls are eager to cash in. They can make a pretty good living by performing live in front of a camera out of their own homes.

The cam girls that the Daily Dot interviewed make anywhere from $300 to $1,000 on a good night, although some evenings, they might net a paltry $10. But most make enough to pay their bills with camming.

“Incomes seem to vary dramatically,” said Kayla, an AdultWork.com model.  “How much someone makes seems to depend on their look, their strategy, the sites they work, and how often they work,” she said.

“Successful cam girls do tend to be attractive, but being attractive alone isn’t enough. You need to be engaging and you need to be smart about business.”

The women themselves are not the only ones who stand to make big money. Like actors, musicians and other performers, the cam girls usually only get a piece of the action.

The more players there are involved, the smaller the cam girl’s piece of the pie. The site for which the cam girl works takes a cut. An affiliate marketer, who drives traffic to the site, can get a piece of the action.  And when cam girls work out of studios that provide them with a webcam and a workspace, those studios, of course, take another cut.

Still, the performers are left with a sizable income if they’re doing well.

Despite all the moving parts in the business, there’s perhaps surprisingly little legal action between cam girls and cam studios or sites, Fattorosi said.

“One thing about camming is that it allows a girl to understand the adult business very quickly,” he said.“If she was supposed to be paid $300 and wasn’t, she’ll just chalk it up to a lesson learned and go cam on another site.”

Pay isn’t the only issue when it comes to sites. Ownership of material also is.

He and others warned women in the camming industry to always read the fine print.

“Most women don’t realize that when they sign papers to cam on a site, they are giving the site the rights to everything,” Fattorosi said. “The site can record their videos and use them for promotion and DVDs. They may come in and complain when their videos show up on other sites, but they signed the papers in the first place.”

Ownership is only one legal issue.

The profession itself lies in a legal gray area.

Fattorosi doesn’t know of cases where individual cam girls were busted while working from their own homes. But four years ago in Miami a studio for cam boys was charged with being in a residential area.

Camming is bigger and more profitable than ever, but Fattorosi says that it is certainly not for everyone.

“If you don’t want people to know what you do, don’t do it naked on the Internet. Yes, camming is lucrative, interesting and fun, but there is a downside — you’ll be seen by lots and lots of people.”

Still, he points out that mainstream media might borrow a page from camming.

“Why hasn’t Bono done a paid cam show? You could pay ten bucks to be online with him and have him answer questions for you in real time. How much money could he raise for charity?”