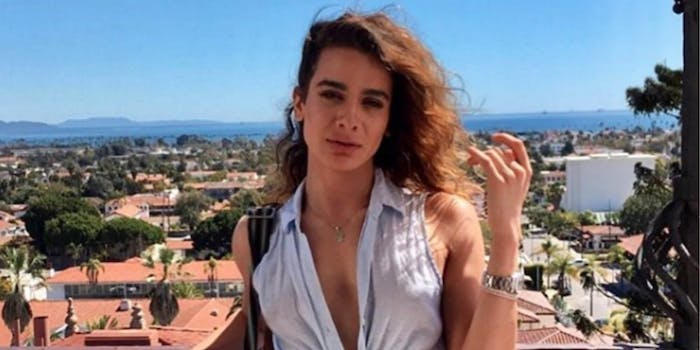 She worked on 'Gentefied' and 'Daybreak.'

Writer and activist Camila María Concepción, best known for her work on Netflix’s Gentefied and Daybreak, has died by suicide at 28 years old, Variety reports.

Concepción fought for the representation of transgender women of color both in front of and behind the camera, according to friends and colleagues. She was a California native and a Yale graduate. Netflix said in a statement that she was uniquely gifted, and it is grieving her loss.

“We are heartbroken by the loss of Camila Concepción,” the Gentefied team said in a statement to Variety. “She was hired as our writers’ assistant on ‘Gentefied,’ but quickly made her way into our hearts as a sister, writer and friend. She co-wrote episode 109 ‘Protest Tacos,’ and we were so blown away by her amazing talent and unique voice. She was definitely a force to be reckoned with and we are deeply saddened by the loss of one of our brightest stars.”

Marvin Lemus, co-creator of Gentefied, which premiered on Netflix on Feb. 21, expressed his grief in an Instagram post, claiming that the Gentefied crew would make every minute count in her memory.

“Late last night the Gentefied family learned that we lost one of the brightest souls, not only on this show, but that I’ve ever met in my life,” Lemus wrote. “Mija, I hope you’re at peace now. I’ll get over my anger. I’m not ready yet. Maybe it’s just my way of holding onto just a bit of the flame that made you so incredibly bright.”

Jill Soloway, the creator of Amazon’s Transparent, also memorialized the writer on Instagram.

“She was a brilliant writer, amazing activist, and hilarious friend,” Soloway wrote in a post. “Camila had so much more to give to this world… we are fortunate to have experienced her light. Rest in power.”