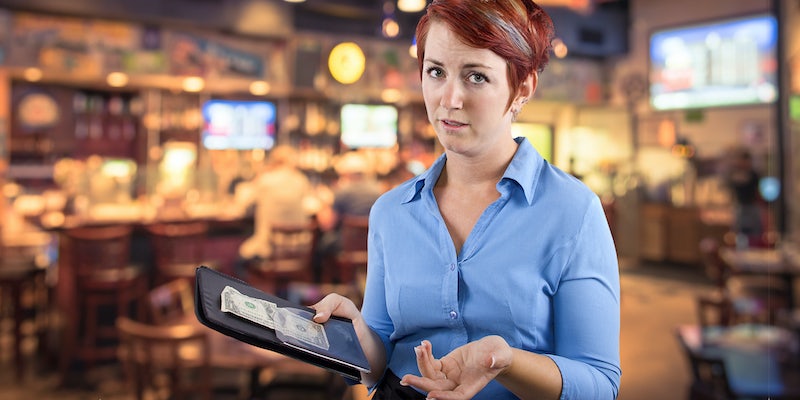 ‘Like girl how u expect me to pay rent with $2.13’: Worker moves from California to Texas, puts wage difference on blast

However, as a TikTok user recently discovered, some states still follow the federal minimum wage.

In a video with over 129,000 views, Kyleigh Rodriguez (@rose_kyleigh19) claims that moving from California to Texas caused her $15 an hour minimum wage to drop to just $2.13, which she earns in addition to tips.

“Like girl how u expect me to pay rent with $2.13,” she questioned in the video’s caption.

In the comments section, Rodriguez said she did not have a say in the moving process and is currently stuck in a rural area where higher-paying jobs are difficult to find. As soon as she is able to move from the area and find better-paying jobs, she said she plans to do so.

Still, she finds herself surprised by the wage difference that moving a few states over can make.

Many who similarly moved to Texas from another state shared in her surprise.

“Biggest shock to me from being a server in California to a server in texas,” wrote one user.

“ME TOO LIKE HOW AM I SUPPOSED TO LIVE???” questioned a third.

Some users claimed that the cost of living difference should make up for the pay difference.

“Yeah because it costs a lot more to live in cali…so it’s basically the same pay,” claimed a commenter.

“Cost of living is not as much as it is in California,” agreed a second.

However, Rodriguez and others were quick to note that prices in Texas are increasing rapidly.

“Rents ab the same here where I’m at rn as it was in Bakersfield ca,” Rodriguez wrote. “It just don’t make sense to me.”

Texas rental prices are increasing state-wide at an alarming rate.

“According to Rent.com’s July report, the average rent in Texas for a one-bedroom went up just over 30% between 2020 and 2021,” Charlotte Scott reported for Spectrum News 1. “In Austin, rent skyrocketed more than 108% year-over-year.”

Furthermore, the article noted that Texas has no rent control laws, meaning that rental prices are subject to dramatic increases at the whim of a landlord. This means that, while an area may be cheaper now, rental prices may not stay low for long.