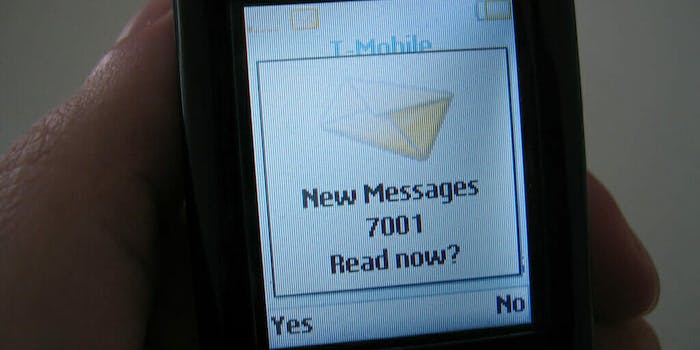 California no longer plans to tax your text messages

The proposal would add a surcharge to texting and would direct the extra money to 911 services or subsidizing phone services for low-income users.

California is no longer moving ahead with a proposal to tax text messages.

The California Public Utilities Commission (CPUC) made the announcement on Twitter on Friday:

Here is an update to the #texting surcharge proposal before @californiapuc. pic.twitter.com/6QziYqQKXY

The proposal was shot down nearly as soon as it was announced; the CPUC was set to vote on the proposal in January, which, if passed, would add a surcharge to users for text messages.A Federal Communications Commission (FCC) ruling from last Wednesday has blocked the proposal.

While taxing text messages sounds like a stretch, at its core the intention had a humble aim: the extra charge would go towards funding 911 services and subsidizing phone services for users in low-income groups.

While proponents of the proposal said it could potentially help regulate spam messages, critics worried it could lead to carriers censoring messages, CNN reported last week.

The tax would have been added to users’ monthly bills, as opposed to a per-text fee. Most carriers charge a flat monthly rate for texting.

In October, the president used the Wireless Emergency Alert system in an unprecedented move to text a drill alert to cellphone users across America, though not everyone received it. Many cellphone users also receive warning messages about incoming floods or child abduction through the Amber Alert system, though that isn’t a text message service.